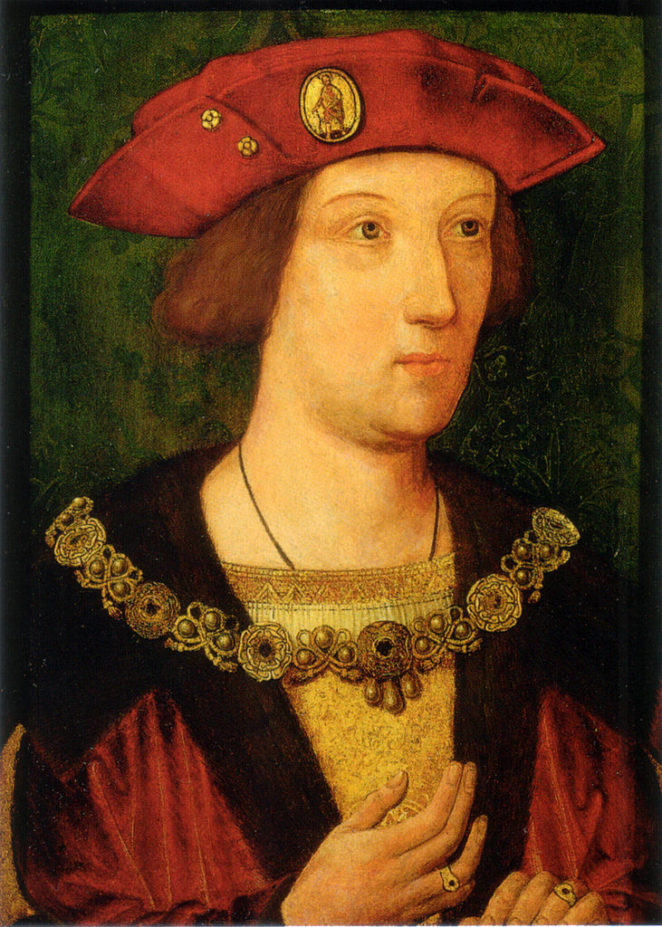 Many traditional English nursery rhymes have their origin in actual historical events. “I had a little nut tree” is one such.

I had a little nut tree

Nothing would it bear

But a silver nutmeg

And a golden pear.

The King of Spain’s daughter

Came to visit me,

And all for sake

Of my little nut tree.

Her dress was made of crimson

Jet black was her hair,

She asked me for my nut tree

And my golden pear.

I said “So fair a princess

Never did I see;

I will give you all the fruit

From my little nut tree.”

This simple nursery rhyme refers to the dynastic marriage between Catherine of Aragon (daughter of King Ferdinand and Queen Isabella of Spain) and Prince Arthur, the son and heir of King Henry VII of England.

The speaker of the rhyme can therefore be taken to be Prince Arthur, or his father, or the whole of England.

The marriage plans went awry when Prince Arthur died within a year of the 1501 marriage. King Henry, who was always careful where money was concerned, did not want to return Catherine’s dowry so he quickly proposed Plan B, which was that she should marry King Henry’s younger son, also named Henry, when the latter was old enough (he was not yet 11 years old when Arthur died).

The nut tree is therefore the source of the wealth of England that King Henry was willing to trade with Spain. Nutmeg refers to the spices that English trade with the Far East was bringing in, and pears are shorthand for England’s agricultural produce.

These commodities are England’s silver and gold, in that Henry was hoping to use it in order to acquire some of the wealth that Spain was accumulating as a result of its explorations in the Americas. Henry may have regretted that he had turned down the chance to finance Christopher Columbus’s voyage in 1492, and been mindful that it was Ferdinand and Isabella who had done so and that they were now reaping the benefits. He now had an opportunity to repair some of the damage.

As far as England was concerned, “all the fruit from my little nut tree” was a price well worth paying for a share in the wealth of the Americas.

It was a decision that was to have far-reaching consequences. The eventual break-up of the marriage of Catherine and Henry VIII led to the English Reformation and religious conflicts that would cost many lives during the decades that followed.