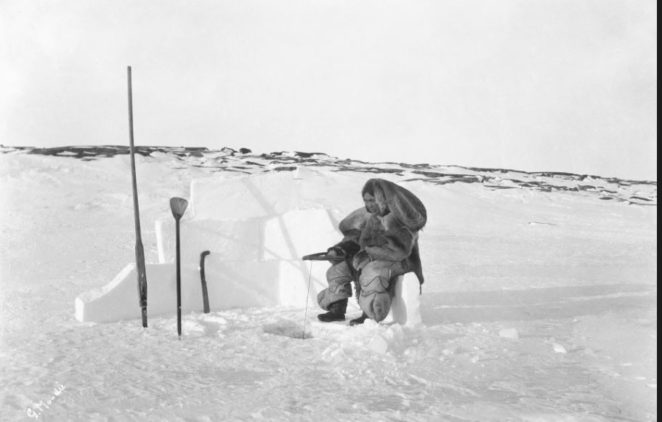 The term “Inuit” (meaning the people in “Inuktitut” which is the “Inuits” language spoken by some 37,615 Inuits as of 2011) applies to a “First Nation” living primarily in the Northern regions of Canada. We use the term “Inuk” to single out one “Inuit” person in particular. Their country, named by the terms “Inuit Nunangat” refers to the land, the water and ice of Arctic regions but can also designate the lands occupied by the “Inuits” from Alaska to Greenland. In 2011, the Canadian census evaluated that there were 59,440 “Inuits” living in Canada which represents 4,2% of the “First Nations” population. In 2011, 73% of the “Inuits” lived in “Inuit Nunangat”. We find almost half of this number in “Nunavut”, followed by “Nunavik” (northern Quebec), “Nunatsiavut” (along the northern coast of Labrador) and in Western Arctic (Yukon and North-West Territories) known as “Inuvialuit”.

Traditionally, the “Inuits” (formerly called, in Canada, “Eskimos”) were nomads gatherers-hunters. Today, there is still 80% of the “Inuit” population that still practices hunting and fishing. Caribou is very important. It is appreciated for its meat and for clothing. Everything in the caribou is used, the meat, the skin (to make a parka it takes 4 caribou skins, for pants, 2 caribou skins), the antlers serve as tools, the caribou tendons are used as sewing threads, the caribou fat is used as lighting fuel for lamps. The caribou is hunted mostly in summer along with fishing, trapping of birds, eggs collecting, gathering of herbs and berries. In winter, the hunt is geared towards hunting of seals, walruses and whales. Again, everything in whales is used as well as seals which provide impermeable skin and bones. The “Inuits” also used to live in igloos during winter which was a house constructed of blocs of hard snow put together with a tunnel as an entrance and an air vent for the escape of cooking smoke. Today’s “Inuits” now live in wooden houses but some still use the igloo when hunting in winter. Below you can see the outside of an igloo, the construction of an igloo (where the Inuit is putting the finishing bloc of ice on the ceiling), and the inside of one. 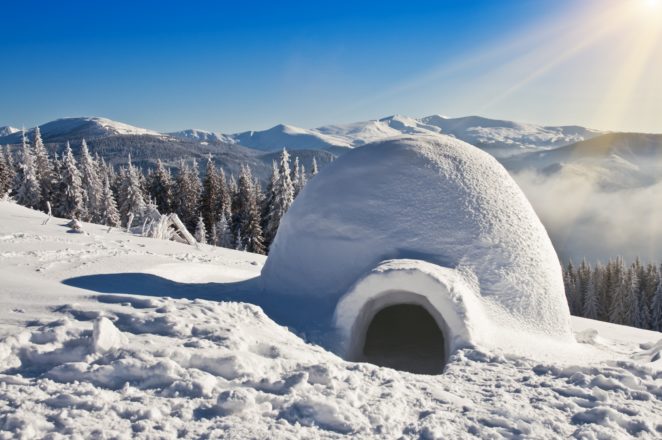 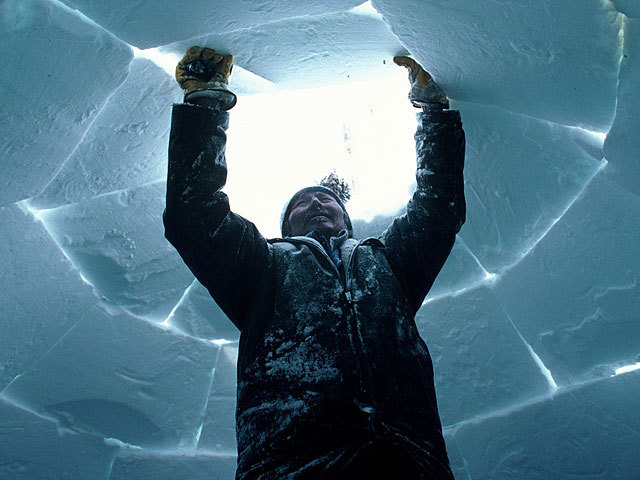 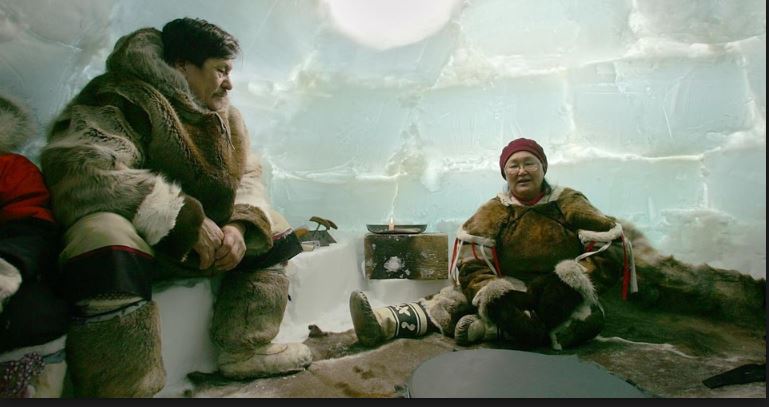 But you might wonder how the “Inuit” can find anything up in the big winter frozen north with only snow and ice showing near the Arctic. They had an ingenuous form of landmark that they used. They call this an “inuksuk” (plural “inuksuit”) which is a pile or a heap of boulders or stones put together one on top of the other. It is used for navigation (by foot not by sea), a marker for travel routes, fishing spots, hunting grounds, places of veneration and message centers. For example, on Baffin Island, there are over 100 “inuksuit” which have helped make it a National Historic Site here in Canada. The “Inuit” also made what is called “innunquag” which means “human like”. This stone figure complete with head, body, arms and legs can be very easily mistaken for an “inuksuk” but it is more of a symbolic nature rather than functional. Below are two pictures (minus the snow) from Rankin with the first an “inuksuk” and the second an “innunquag”. Notice the difference? 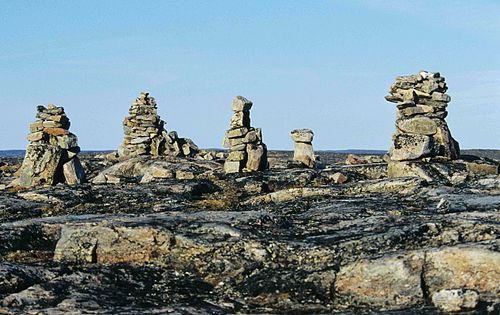 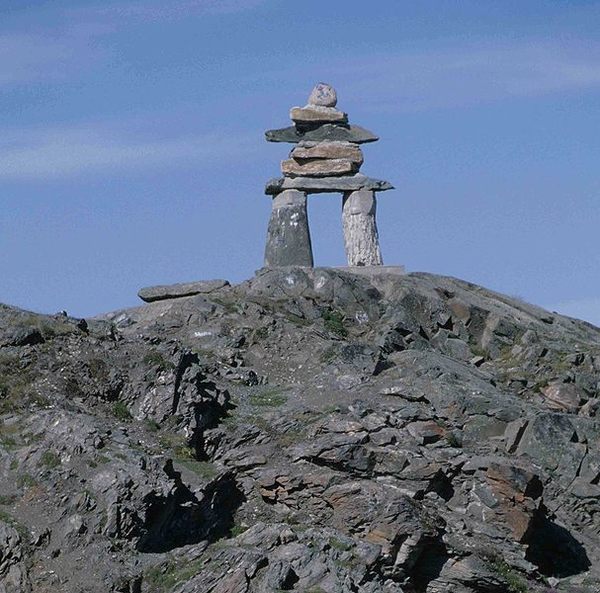 Today, Nunavut’s flag shows an “inuksuk” in red (for Canada), over yellow and has also a small blue star which is the Northern Star that is used as a traditional guide for navigators and a symbol of the leadership of elders. 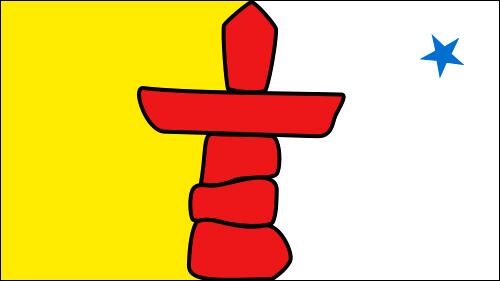 The “Inuit” language (“Inuktitut”) brought along some words to the English and French languages especially in terms of clothes such as the anorak (“annuraaq” or clothes in “Inuktitut”)or more commonly known a parka. These were usually made from caribou or seal skin and rarely from fox, wolf and polar bear fur. The “anorak” was mostly for the men. 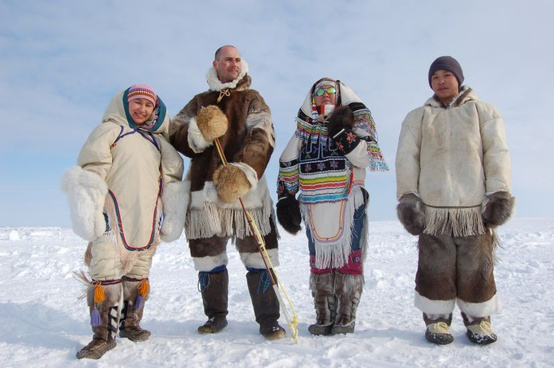 The women had and still do have their own fashionable covering called “amauti”, a female parka but it is a much more unique garment because a child can be nestled against the mother’s back in the “amaut” which is basically a baby built-in pouch just below the hood. These are made out of caribou or seal. The seal ones are usually decorated with beads in beautiful designs. Below is a caribou “amauti”. 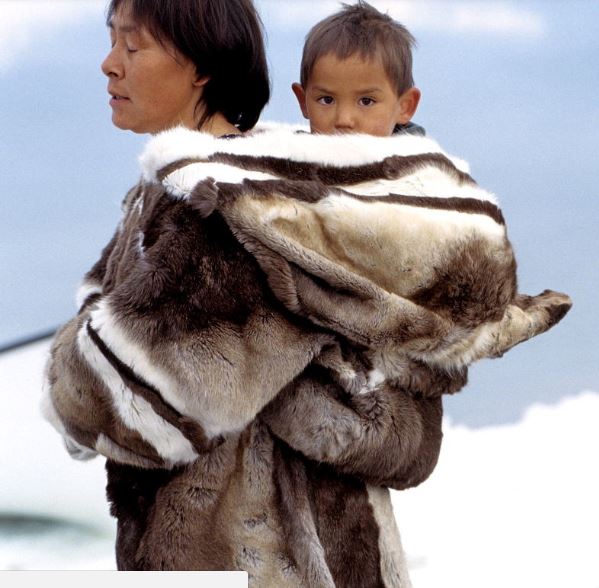 The “Inuit” “First Nations”, just like most “First Nations” do not always work and not play. One of the most remarkable of these playful times is called the “Inuit” vocal game where two women face each other, very close to one another and start singing a type of throat song (very guttural) until one of them either starts laughing or runs out of breath. This game, although having a spontaneous and playful dimension remains rather serious because there has to be a winner and that winner is appreciated for her endurance and the quality of the sounds that she produces. It is most often women who play that game.

As a final note, I want to present some of the “Innuit” sculptures that the artists produce. The “Inuit” sculptures (sanannguagaq) always use natural material and present either Inuits or animals. They are done with the ivory tusks of a walrus or narwhal, caribou antlers or whale bones. They also use stone (mostly steatite, serpentine) which they work with files, polish with emery sandpaper till they shine. The first one below is entitled “Drum Dancer” by Simeonie Killiklee. 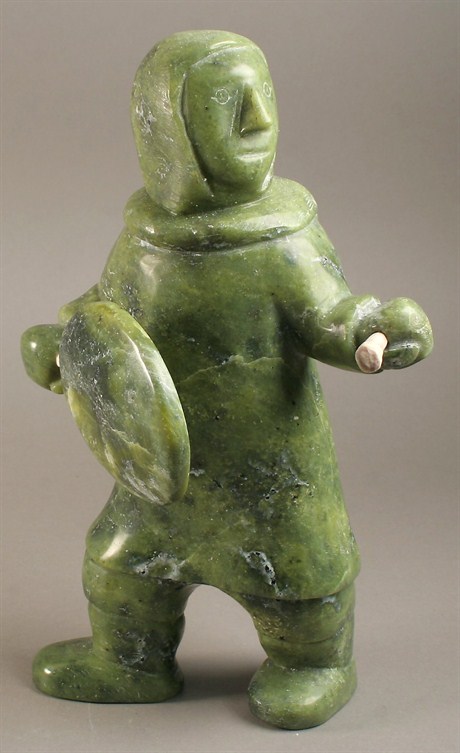 The next one is entitled simply “Walrus” by Manasee Maniapik. 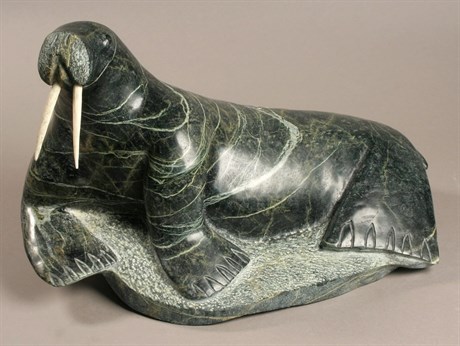 The “Inuit” artists also produce prints and paintings. The following print is entitled “Walking with a dog” by Agnes Nanogak. 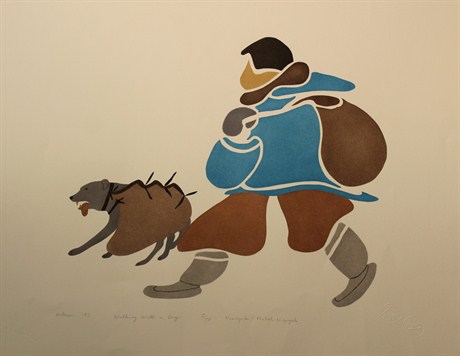 Finally the next and last print is entitled “Transformation” also by Agnes Nanogak. 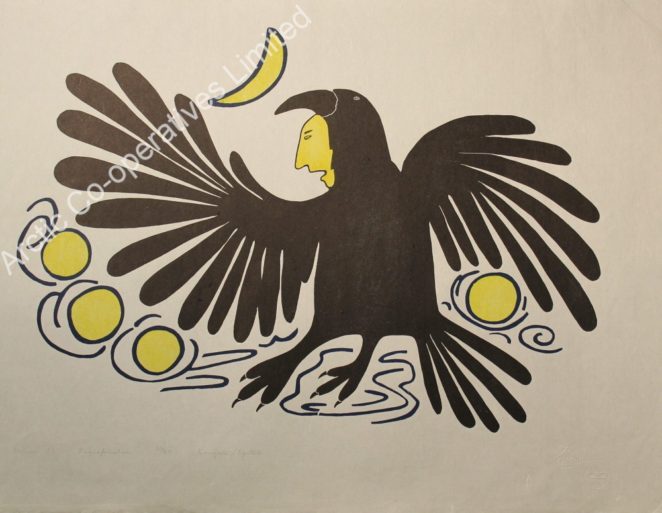