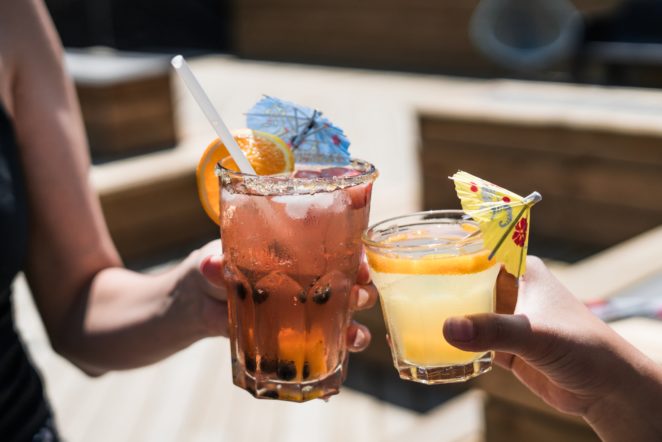 With any luck, nobody has ever slipped you a “Mickey Finn”. This is what can happen to victims who find that the bar drink they are consuming is having much more effect on them than it should have. Contaminating someone’s drink is a familiar move by unscrupulous people whose motive is robbery or possibly “date rape”.

But where does the name come from? Was there ever a real Mickey Finn? Indeed there was!

Michael Finn, generally known as Mickey, ran the Palm Garden Restaurant and Lone Star Saloon in downtown Chicago around the turn of the 19th/20th centuries.

However, Finn was more interested in fleecing his customers for what he could get than he was in merely selling them food and drink. He acted like a latter-day Fagin in that he trained a gang of crooks in the arts of pocket-picking and petty theft, and one of his favourite tricks was to lace a customer’s drink with chloral hydrate (more familiarly known as knock-out drops) and then dump the motionless victim somewhere in the city after relieving them of all their valuables.

Tracing the crimes back to Mickey Finn was not difficult, and his two establishments were shut down in 1903. He must either have had very good lawyers or friends in high places – possibly both – because he did not go to jail. Even more amazingly, a local bar owner gave him a job working behind the bar, and he was happy to sell his supposedly secret recipe to anyone who was willing to pay his price.

Packets of “Mickey Finn” powder were therefore widely circulated and the name stuck. The practice of contaminating drinks is still prevalent and has been used to commit a huge number of crimes down the years, both of robbery and sexual assault.

It is unlikely that Mickey Finn was the first person to use this method, but it is his name that will always be attached to it.