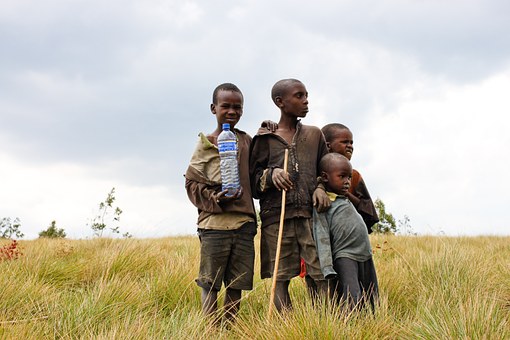 I know I’m riding a banshee from hell with this statement but that’s what I love about being me, I don’t really give a hoot what people think, when the truth is as visible as an elephant in the room and as ugly as the truth is, sometimes it’s still the truth.

My in-depth research shows the number of single-parent households in the world with multiple children by multiple fathers that are not actively involved in their child’s life and not paying child support is on the rise and is nearing epidemic proportions.

The worst example I have come across is a 20-year-old single mom of 8 children by 6 different fathers with her first pregnancy at age 14, this is in the U.S., indisputably, the most technologically, and socially advanced nation on the planet. It’s the third generation in her family to adopt this pattern.

Her mother and grandmother were pregnant by age 16 and had multiple kids by multiple fathers by age 21. This cycle of generational poverty is however completely avoidable with the use of free contraceptives in all three of these generations at the time.

Condoms cost $00-10 or are given out for free by many community health organizations. There is no reason for this, except the fact that you won’t keep your legs closed.

Well, because of this selfish act, if you don’t care to control your behavior that has, a negative impact on the global society at large, (the planet is over-populated by, 3.5 times) so, authorities need to step in and force you to comply.

I say there should be a 2 child limit and if you can’t prove that you can take care of those two then you don’t get to burden the world with a third.

When you can get off welfare and support the two children you have then you can have more. In some third world countries, people are having several children they can’t afford by age 29.

China where strict limits have been imposed of 1–2 kids they are experiencing negative population growth which is a good thing but those are wealthy and educated people that the world actually needs more of.

So where the average Chinese family might have 1 child, a poor family in Africa, South-America and India might have 5 or more children. It isn’t just the global population growth that is the problem it is the fact that the poverty condition as such is multiplying at a rate of 5x faster than the rest of the world.

This is a list of things for controlling the human population:

* Financial incentives for having two children are lost when you have more children. This scale according to your net worth, not your income.

Example, (You are rewarded for having 1 or 2 children, rewards are removed if you have 3. Wealthy people suffer serious tax liabilities for having more than 2 children, while the poor are exempt from this penalty. This PREVENTS ‘only the wealthy are free to breed’ situation).

List of things. If only ONE could be chosen, it should be free education. That is more likely to have the desired effect on its own than anything else.