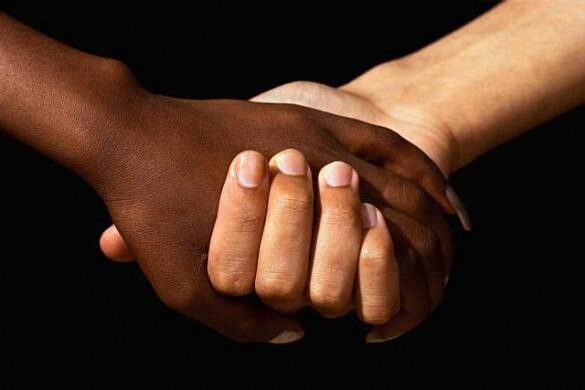 The term “doing race” at first seems grammatically incorrect and while it may be initially confusing as a language construct, it is most assuredly not a sociological typo. The central proposition behind the idea that race is something that can be “done” and that everyone is complicit in the action is neatly summed in the assertion that race is a part of a historical and social system that has been done for a millennia or so and will continue to be done in the future. When the received and accepted assumption that there is a biological and genetic basis for determining one’s race has been utterly and irrefutably and scientifically disproved (Wade, 2014), the only explanation left is that the fault lies not in the target of prejudice, but in the person believing and expressing it.

Without widespread belief that race actually exists as a genetic marker no different from hair color or a propensity for depression a film such as Black Folks Don’t: Swim could not even exist as satire or parody. According to the Harper Collins Sociology Dictionary, a stereotype is more than just a set of simplified generalizations about a certain group of people, it is inextricably connected to preconceived prejudices the person attributing the stereotype to members of that group believe to be true on some level. The title of the film is a direct commentary on the subtle complexities in behavior that lead to stereotyping. The stereotype that has long persisted in the white community is not that blacks don’t swim, but they can’t swim.

The way to counter such stereotypes is often as simple as educating those who believe in the prejudicial view of the true nature of the origin of the stereotype. In this case as with so many others, the stereotyping of blacks as being unable to swim almost certainly evolved from observations that they don’t swim. And why didn’t they swim? What really was the root cause of this evolution? As pointed out in the film, a very reasonable explanation for the belief that blacks can’t swim is because for a long time they were effectively legislated right out of the opportunity to do. Aside from being too poor to own a pool, segregation laws meant they couldn’t swim in public pools or even public beaches. When members of the privileged white society noticed no black at these pools or beaches, it could almost be predicted that built-in feelings of superiority would translate the act of not seeing blacks swimming into the prejudicial acceptance that they couldn’t swim.

Among the stereotypes that Muslims have to deal with on a daily basis now are that they are all somehow connected to a terrorist ideology intent on overthrowing democracy, that Muslim women face dehumanizing oppression in every Islamic theocracy and—spreading the prejudicial reaction inculcated by these stereotypes even beyond the targeted group itself—that all Muslim men have dusky skin and unkempt beards and so any dark-complexioned man with a scraggly beard is right to viewed with suspicion. Clearly that last stereotype verges beyond the merely prejudicial into the realm of paranoid response to the fear associated with the first stereotype. Of course, one could well say the same for that first stereotype. Society in many western democratic nations have now gotten to the point where Islam and terrorism have become so conflated that—as indicated—even a candidate running for President (someone we depend upon to know better) accepted the conventional wisdom that despite the fact that there have been only a handful of actual proven attacks within the borders of American attributed by Islamic terrorists, every single person who subscribes to the Islamic faith is fair game for unfair treatment. Such stereotypes also originate as extrapolations from incomplete data putting an inordinate amount of import upon a tiny sampling of that group’s population. In this case, the view toward Muslims as inherently capable of terrorism completely ignores vital data such as the fact that “Indonesia, Malaysia, and China have some of the highest populations of Muslims in the world, yet no jihads have ever taken place in any of those areas” (Hossain, 2004).

White privilege is an example of a stereotype that is produced and reproduced as a positive reinforcement of behavior that creates a “halo effect.” White privilege prior to 1980 was anything but invisible to blacks who were denied the right to buy homes in certain neighborhood or were turned down for bank loans to start a business that a white person bringing essentially the same background and economic worth to the table could be approval for. Being white created an invisible “halo” of trust and dependability to those not in on the game could only view as distinctly unaccountable privilege. Fortunately many such examples of patently illegal white privilege have been addressed, but such legal attention has only increased suspicion among whites that blacks are no longer subject to discrimination based on stereotypes about their non-existent racial makeup and, therefore, the entire concept of white privilege is a myth. Until such issues receive the attention of mass media like the exposure to much of white America for the first time about how police routinely treat blacks, white privilege one sees around them every day will go unrecognized.

Without the underling genetic explanation to explain prejudice and racism direct toward others, the blame clearly lies with the person exhibiting a belief in those negative stereotypes. Colorblind racism is a logical sociological evolution of this new paradigm. If race can be proven non-existent, then racism must not exist, either. This misapprehension is lent further credence by the substantial reduction in outright acts of racism. However, denying that racism exists because it has been proven the entire concept of “race” is a myth actually serves only to make racism even more insidious. Denial of the evidence that racism has always existed not because race exists, but because prejudice exists leads to examples of old-school examples of legislated racism like motor-voter and other laws requiring a picture ID to vote that place an unfair burden on certain classes. In fact, this is even more reprehensible because this new breed of legislated racism is not being crafted by old Southern men going straight from the legislature to the Klan rally. The lack of a stereotypical racist political figure has the effect of normalizing such legislation right into the realm of white privilege.