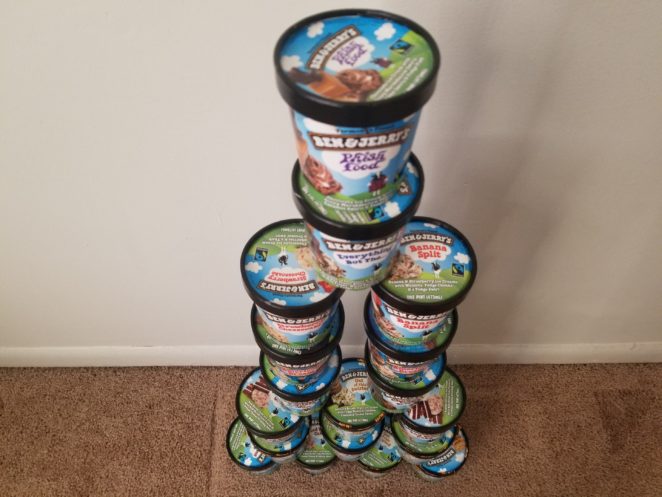 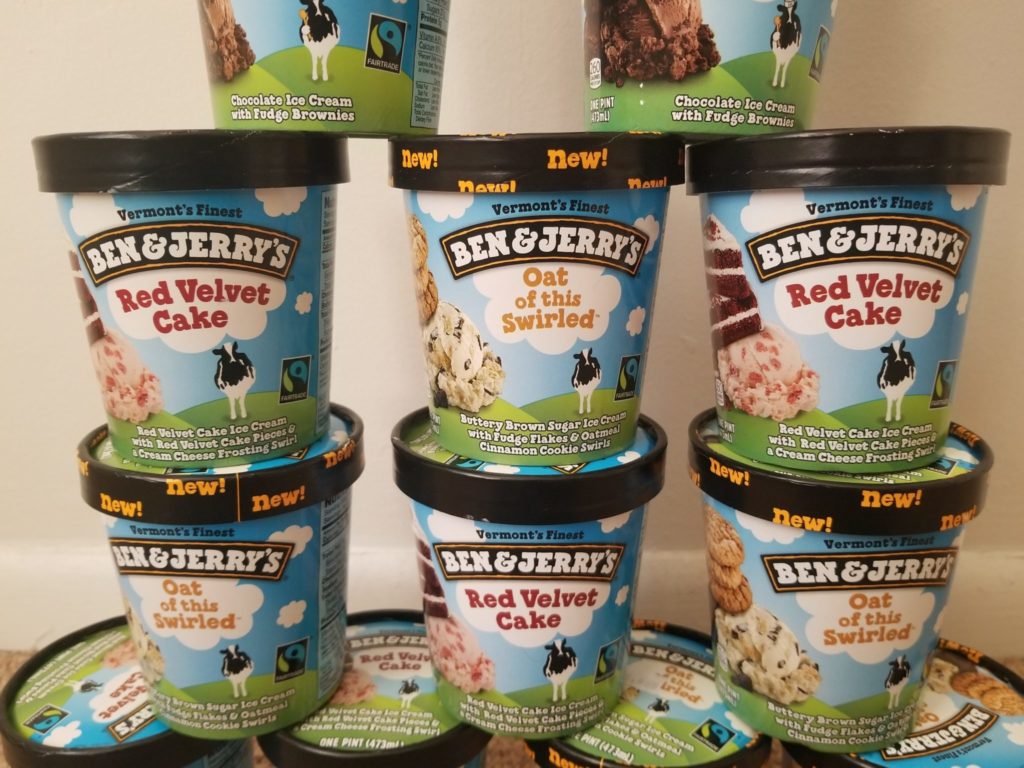 Throughout these past months, I saved these previously eaten Ben & Jerry’s pints with a goal to build a castle as a joke to show my love for Ben & Jerry’s ice cream. I have also used them in the past as part of my suicide sprints workout at the track, which I have shared a video of. While finishing up with packing in my apartment, I had a little spare time while in-between loading my car up with my personals to drop off at my new apartment, so I built this tower of my empty Ben & Jerry’s pints while cleaning out my freezer.

At the time one of my coworkers texted me asking me “What’s good?” and I replied with my picture of my stacked tower that I got a kick out of sharing. He responded with “That’s a lot of ice cream, lol”. I say to you all, if you have not tried Ben & Jerry’s ice cream I recommend trying at some point. If you cannot find pints at your local grocery store, Walmart has stocks of them and they are at a more affordable price compared to other stores.

I fell in love with this ice cream due to its amazing selection of flavors, and by the pints shared these pictures you can see which ones are my favorite. ‘Chocolate fudge brownie’ use to be one of my main favorites until I tried ‘Americone Dream’, but that changed once I had a taste of ‘Red Velvet Cake’ and ‘Oats of This Swirled’. 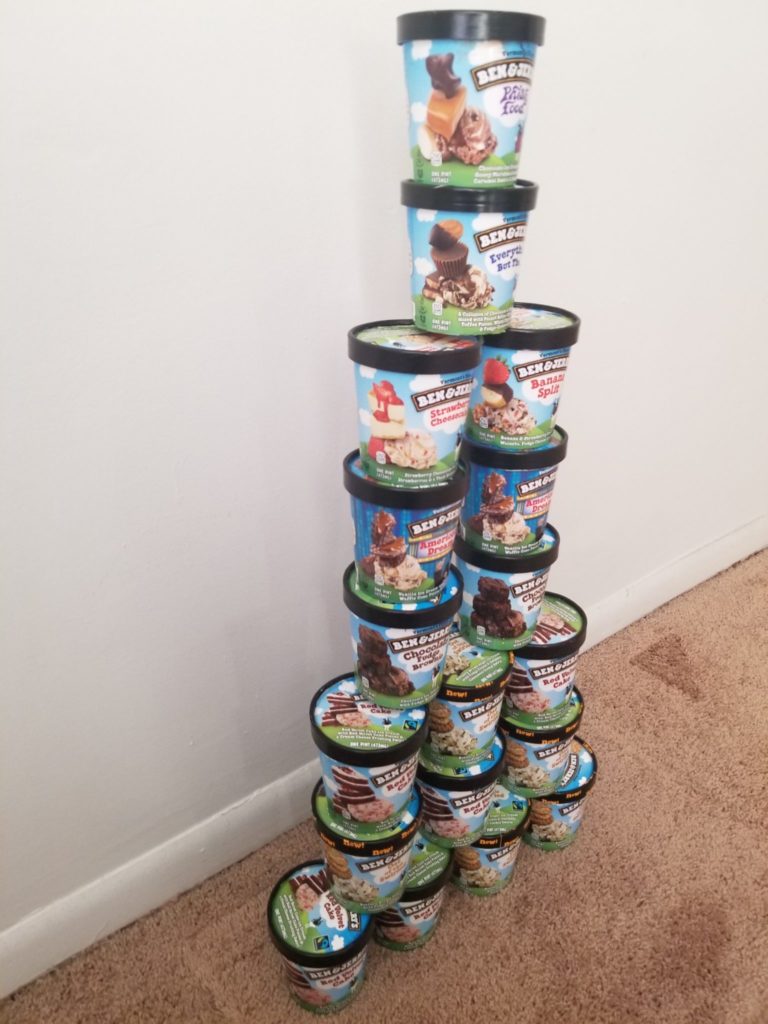 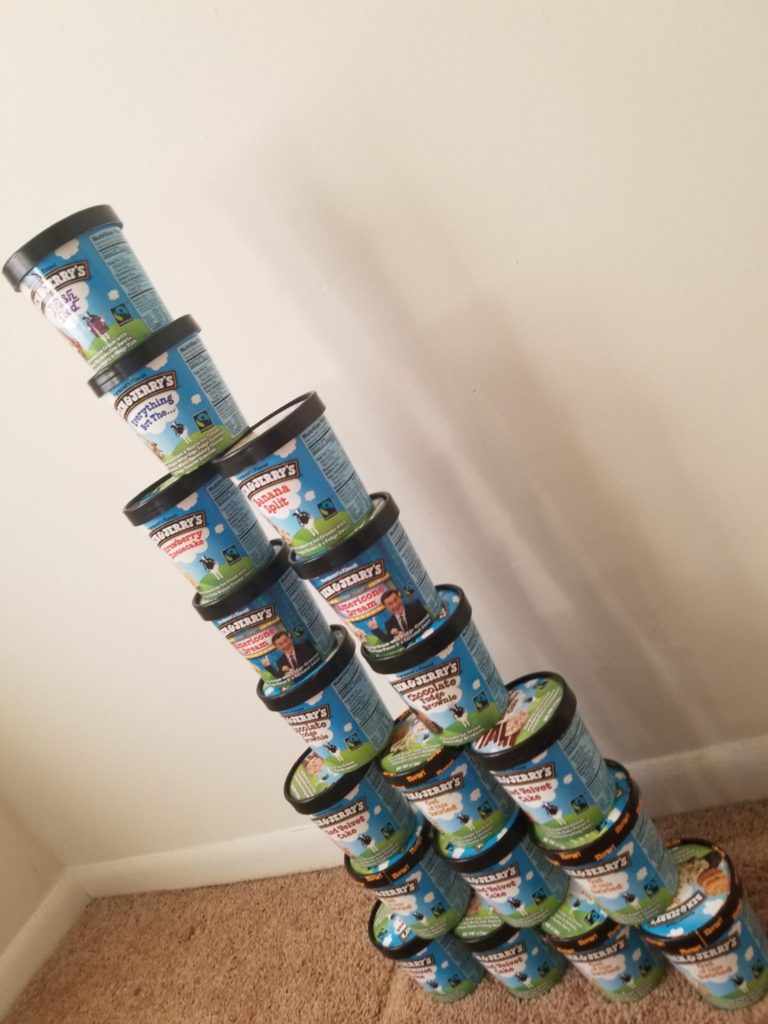 Some example I am setting as someone deeply into fitness, huh? But hey! You only live once! These photos were taken with a Samsung Galaxy S8, and shared as part of the 365 Photos Challenge, which the rules and guidelines are listed if you would like to participate.

“Without ice cream, there would be darkness and chaos.” ― Don Kardong