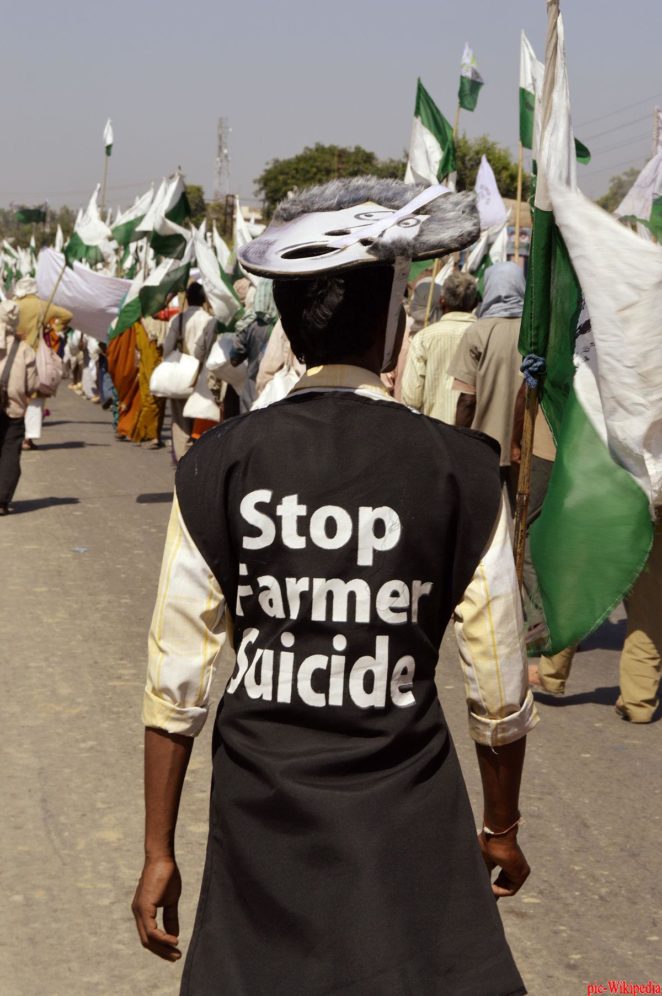 A country of farmers where they are forced to drink their own urine and take a tomb on the ground, then the situation is serious. It is the responsibility of the governments to understand it but it is not to them but to the general public. Farmers who come from Tamil Nadu have ever begun to explain their misery by being in the capital of the country’s capital Delhi. On the road, without eating a lentil pulse, you are saying that look what is our condition today. They want to hold the rat in the mouth and tell him that his hunger has come to die. Even though these methods seem awkward to hear and see, but all are part of their protest strategy. This way of protest probably for the first time to see and hear. Hundreds of kilometers away from the capital, there are no gimmicks but telling their pain. This pain belongs to the farmers of the country.

Meanwhile, farmers in Rajasthan are ready to give their life for saving their land. The major demands of Tamilnadu farmers are debt waiver, while the Chief Minister of Rajasthan farmers have to save their land. They do not want to give up their land while the Rajasthan government is intent on taking it by force. Without compromising their consent and compensation, it is forcibly and legally wrong, which is being strongly opposed.

There, the Jaipur Development Authority (JDA) wants to set up new people by making a residential colony near Nindar village, but why should the people of the surrounding area be discharged here for this. When people do not want to give their land voluntarily, then how can they be forced to evict them. The affected people are openly protesting. This is their own way of protest, just like the farmers of Tamil Nadu did protest in Delhi. 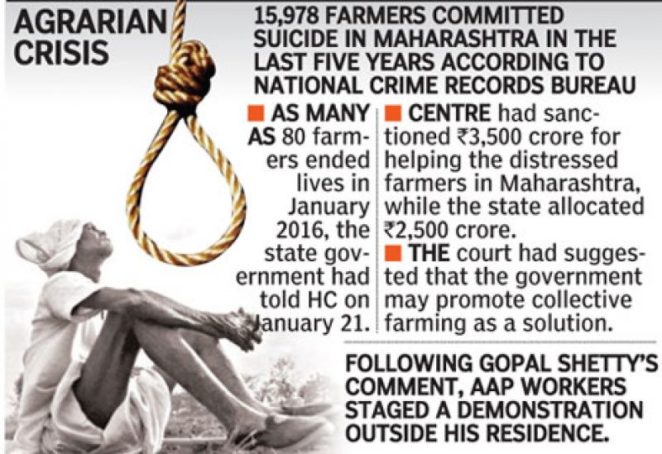 The movement of farmers in both places is being seen in different forms. Violence is not being resorted to in demand. Except for a few exceptions, in most cases farmers’ movement gets violent. Their resentment towards governments is so much that the beginning is non-violent. Withholding the supply of essential things from disrupting rail-bus services is a part of the strategy. There is nothing like this in both of these movements, but there is no commitment to conceding demands.

Farmers trapped in severe financial crisis are constrained to commit suicide. Politics happens in the state of how many deaths taken place only to counter the government but no body seriously desires to find out the  needed solution. 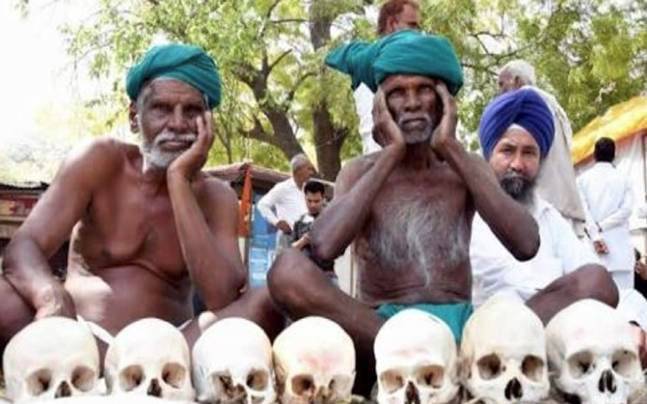 Why is the agriculture forced to abandon their own activities and move them on the streets and why they are forced to eat the police sticks?

Wherever there is a debt forgiveness, demand for water and why there is a need to compensate for crop failure, why are they going to do the agitation?

Debt waiver is not a permanent solution to the problem of farmers. The debt of thousands of Millions of rupees was waived in Punjab but the problem is still standing upside down. Farmers are compelled to take loans for agricultural activities, but it is difficult for them to take off. Unless the farmer becomes a profitable business, the situation will remain the same. 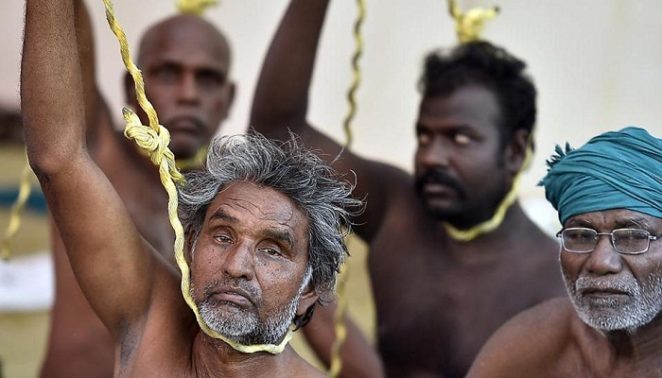 Jai Jawan-Jai Kisan’s(Long live Farmers and Long Live Soldiers) sloganeering country where our farmers and  youngsters land on the agitation for the demands, the country is difficult to survive .

Who cares about them? They are mere Farmers!

If the movement is non-violent, then gradually its own death will die and  then it is dealt with strictly by dealing with it. It is possible that by accepting certain demands, the government can get temporary relief but the problems of farmer’s suicides and their debt ridden lives are like the canker.

One rank-one pension was not implemented, the rest of the soldiers and the ex-servicemen were also spared. There was also a small protest. But in the last year, the demand of soldiers some how managed by the Modi Government and tried to satisfy this class. 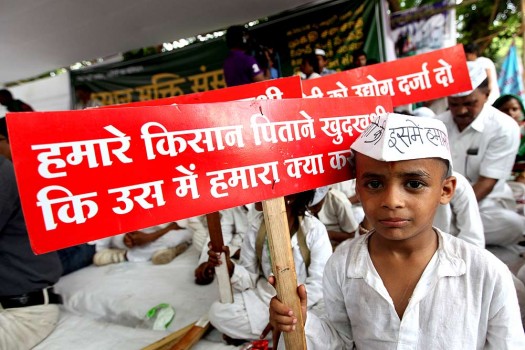 But what about the farmers …..?

When the condition of this class will improve and which government will be able to satisfy this class, there is no address. Farmers do not protect the country but by cultivating  they truly fill up the people’s stomachs.

What will happen if this class stops food production?

The question is not that they will die of hunger, but how their family will run. Their family is still in crisis while growing food. In which state how many farmers got fed up with debt, the data of the figures run but in fact it is never considered solidly. 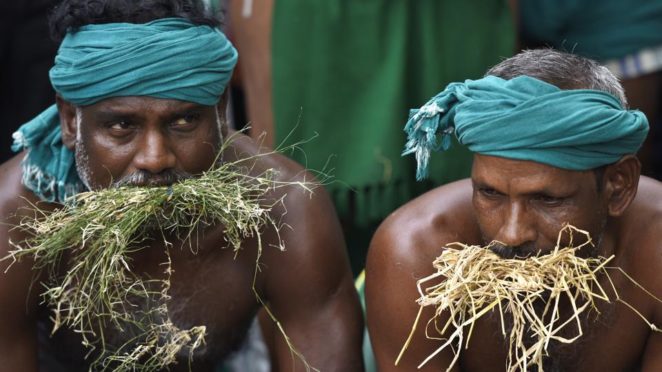 The promises of doubling the income of farmers and reaching it to a prosperity are still lacking.

Like the goal of eliminating poverty from the country, the goals of improving the condition of the farmers are also trending as if a  big challenge for this Republic of India.

The farmers’ movement is not new in the country, since the time of independence, there have been protests on issues related to crop failure and debt waiver issues. Uttar Pradesh’s farmer leader Mahendra Singh Tikait has a similar testimony. He could able to shake the Union Government of this country once upon a time in the past.

Yes, truly It is not easy to shake the government easily but our deep rooted cultural heritage has proved many time that when common men, poor and distress ridden republic vowed to crusade against the deaf government, the government failed down .

Therefore it is also said ,”Power turns Poison when the power fails to fulfill promises of down trodden”.

The incidents of rising suicides of farmers do not create such a revolution in this class anywhere till date is absolutely a good fortune of our existing government. 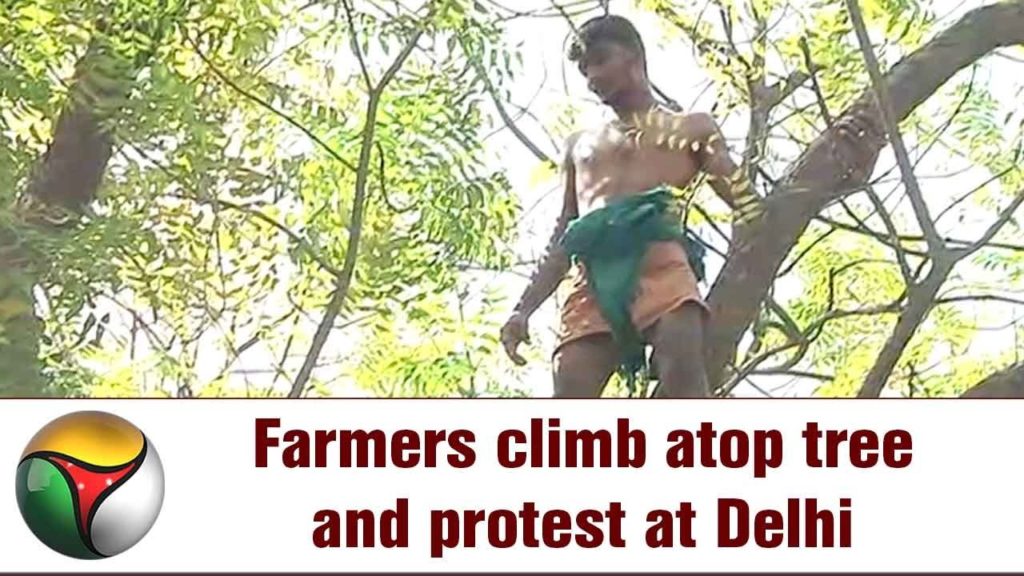