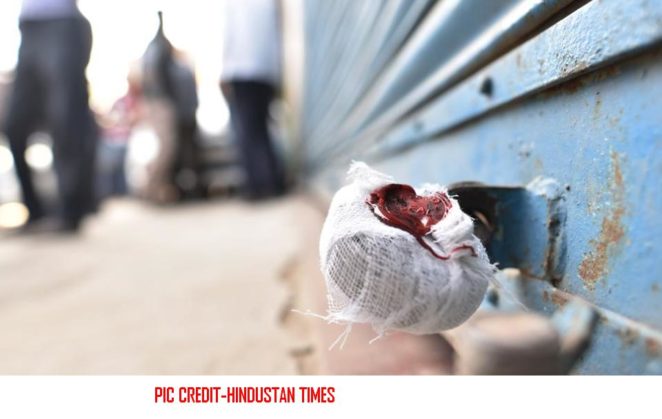 TRADERS MAY HANDOVER KEYS OF SHOPS TO GOVT-MAY SHIFT TO OTHER CITIES.

The Confederation of All India Traders (CAIT) today sought the direct intervention of Prime Minister Shri Narendra Modi in resolving sealing issue. In a communication sent today to Prime Minister, the CAIT highlighted the issue of not obeying due process of law by the Authorities, arbitrariness of the Monitoring Committee and cruel behaviour with the traders worst than a criminal among other issues and demanded the Prime Minister to bring an Ordinance to stop sealing for at least one year.

The CAIT with deep regrets today said that if no action is taken then traders will left with no other alternative but to handover the keys of their shops to the Government or may shift to neighboring cities or close down their businesses. This is the only way to protect us from great insult, victimization, harassment and mental agony. It is irony that in the Capital of World’s largest democracy, the fundamental rights of traders are being brutally crushed and no one is listening to the woes.

In its communication to Prime Minister, CAIT Secretary General Mr. Praveen Khandelwal said that sealing is being done in highly aggressive & unreasonable manner causing great hardships, sufferings, trauma and economic loss to vast section of traders who are serving people of Delhi since a long time. The basic provisions of The Delhi Municipal Corporation Act,1957 are being blatantly flouted while conducting sealing. No opportunity of defence is given to traders. Even in case of dreaded criminal, due opportunity is given but traders have been treated worst than criminals.

The traders are blamed for misusing the building by undertaking commercial activities. No one says that since Independence, the Government Agencies were completely failed in providing sufficient commercial space in Delhi in proportion to growing population in the city. It is to be noted that even the Government has admitted such failure through an Affidavit filed by Secretary, Ministry of Urban Development, Govt of India in Supreme Court in 2008 saying that Government could develop only 16% of the commercial space in Delhi in four decades. The rest of the required commercial space was made available by the traders with their own resources. If this would not happen, there could have been much hue & cry and prices could have escalated much high.

The Monitoring Committee is acting in a most dictatorial way and has become an Administrative Authority on its own but unconstitutional and the officials of MCD and other Agencies do not muster enough courage to inform the Committee about their boundation as per explicit provisions of MCD Act and thereby conducting sealing and other activities by side-lining their own governing Act, the MCD Act,1957.

While urging the Prime Minister to bring an Ordinance to stop sealing, the CAIT also said that officials should be advised to follow due process of law strictly and a high level committee may be constituted under Chairmanship of Delhi LG consisting of senior officials of Central & State Government and representatives of trade to thrash out each issue pertaining to sealing.