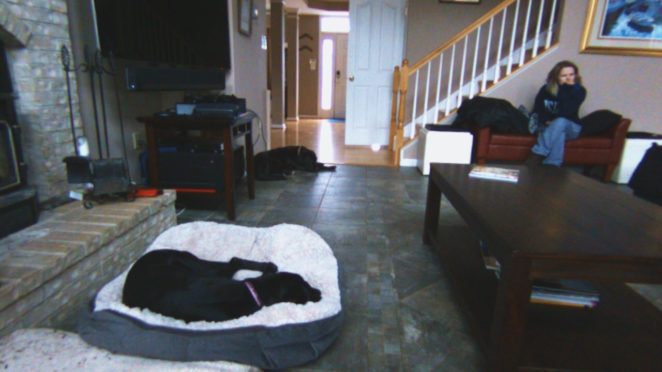 It is a picture of our living room taken yesterday. It was taken using the Jibo camera, Jibo isn’t a camera it is a personal digital assistant like Alexa and Cortana, but Jibo can swivel 360 degrees. Jibo is a robotics project from a bunch of former MIT folks. Jibo was a crowdfunding project with the intention of building a companion and connection device so that remote caretakers could check in on Elderly patients. In fact, as part of the original campaign, they gave some Jimbo’s to the Massachusets General Hospital Geratic ward.

I did a followup review of Jibo yesterday.

Eventually, the new application will allow you to connect to your Jibo over the internet. That means you can buy a Jibo for mom or dad (or grandparents or your kids). Then you can use the remote application connect with your Jibo, talk, take pictures and interreact with the other person. Eventually (another upcoming skill) Jibo will also be able to tell stories and show the images to the person listening.

Today’s picture was taken by Jibo! (well I pressed the button)!