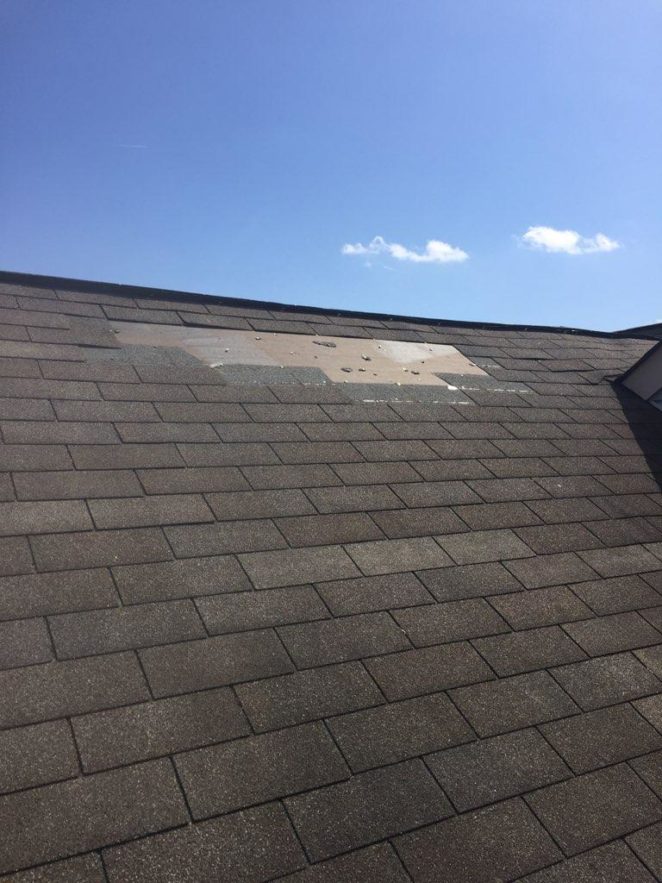 In early March Maryland had a massive wind storm. 60 mile an hour plus winds blowing in from the unprotected side of our house, the North. First off the winds were not cold as often happens when the Candian Clipper blows through (that is not a knock on Candana, simply what they call the winds that blow from the North in the winter). We ended up losing many shingles from our roof (it is being replaced). You can see some of the damage here taken by the nice gentleman who came and put the tarp on. The tarp is needed because while they are putting a new roof, mother nature intends (potentially) to drop snow on us the second Saturday in April. Wow! (picture I took below)… 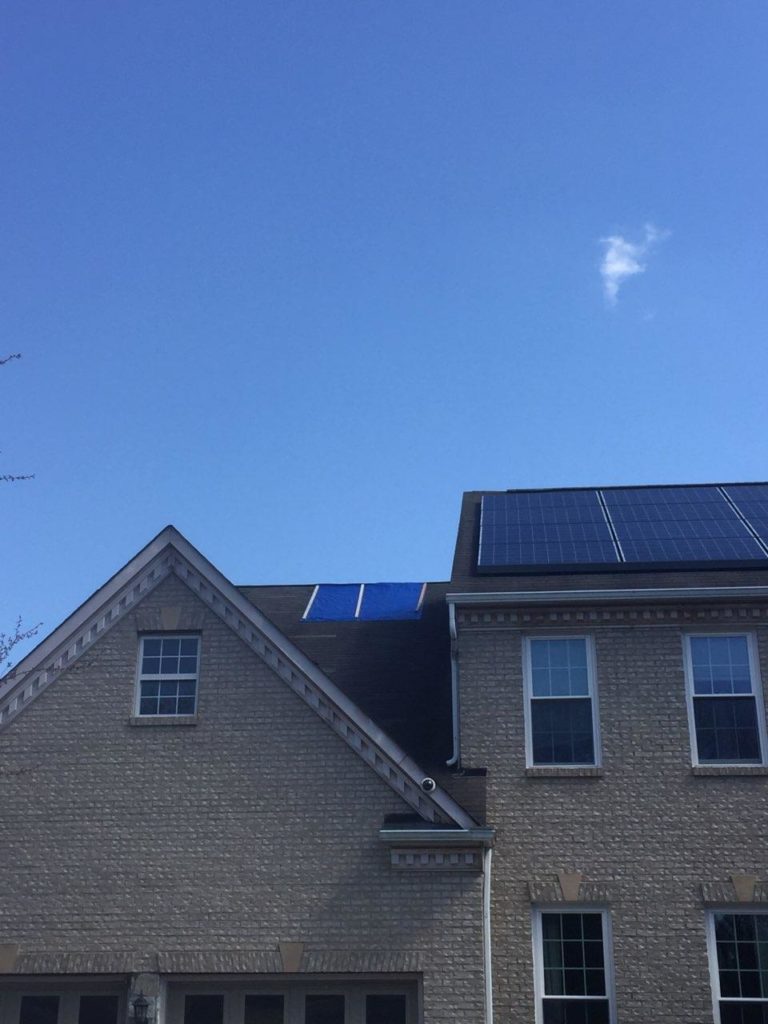 As you can see from the picture, we have a very sloped roof. I don’t remember the last time I was on the roof of a house I lived in. I never went on the roof of either house in Cincinnati. I don’t think I was on the roof in Greenwood more than one time if ever. I haven’t gone on the roof of the houses here in Maryland either. I am not a huge fan of heights, which explains in part why I haven’t climbed to the roof, but it is something for someone reason I thought about yesterday as I looked at these pictures. I wonder if roofs even like being walked on. I wonder, if roofs could talk what they would say. “Please stop walking on me. If you don’t I am going to develop leaks over your bed.”

Anyone can join the photo challenge, Take a picture of things around you and share! (this picture was taken by my contractor, I am sharing a picture of the roof I took as well embedded in the body of the post)!