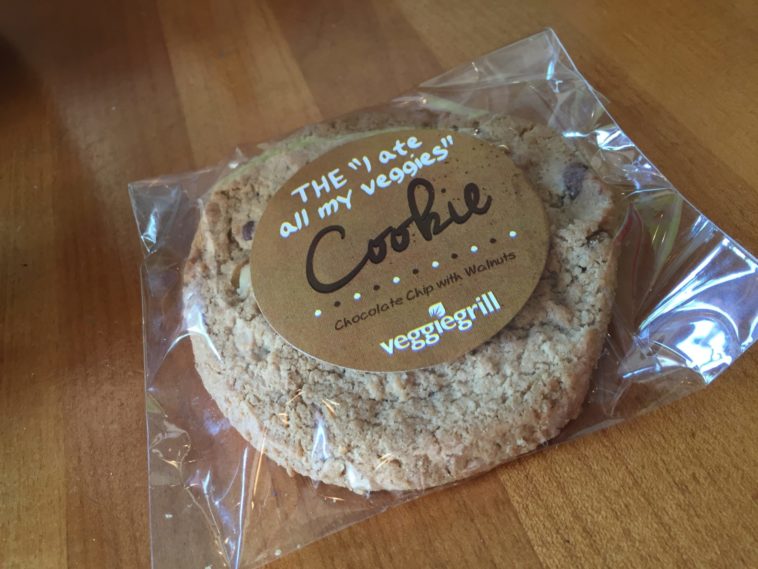 I stayed up past midnight checking on different internet sites, and I soon realized that I suddenly turned 53. I decided to go to bed soon after.

I changed my clothes and drank a cup of espresso with my vitamins. Then, I decided to go on the internet to check on things. When I turned on the computer, I noticed the time was 1:11 pm. I hope that is a good sign for my birthday because I don’t have plans today.

At 3 pm, I went to Veggie Grill, across the street, and ate a vegan late brunch. I chose the vegan black bean tacos, crispy fries, chocolate chip cookie, and Mirror Pond Pale Ale from Oregon. I took snapshots before I ate.  At the end of my meal, I felt full. I walked by the indie theatre to see what was playing as I finished off my Pale Ale brown bottle.  I am considering going to In the Corners of the World animated Japanese movie, maybe tomorrow. I also noticed there will be a screening of another movie, Gook, on August 25th, at 7 pm. I might check it out if I am free at 7 pm on that day.

I drove to South Coast Plaza and just browsed around in the mall. There were lots of promotions going on, but I didn’t want to buy anything. I inquired about watch batteries, in which I will need to take my watch to them during the next time I go to the mall. I am not sure which watch I want to get a new battery for yet. While window shopping in the mall, this new store got my attention because I liked this cute macrame swing. For some reason, it reminded me of weddings. The name, White Lilac, the cute white swing with soft colors and textures, and almost every furniture in this store was white.

I drove back home at 5:45 pm, feeling tired. There was nothing really going on today, in which I decided to go home and relax. I felt like the character, Holly Golightly, in the movie, Breakfast at Tiffany’s.

At 6 pm, I decided to change my clothes and make a cup of Matcha Green Tea. I still felt thirsty this evening. So, I drank a cup of lemonade and another cup of water with apple cider vinegar, as I checked out some videos on youtube. I decided to check out trailers for In This Corner of the World animated Japanese film, and I found two interesting ones. They are both actually the same trailer but in different languages, one in complete Japanese, and the other one has English subtitles. Watching the scenes in the Japanese trailer is actually more interesting because I noticed that this animated film seems very dramatic from each scene, and it looks kind of sad.

But the one with the English subtitles might be easier to follow because I can read what is actually going on, although the artwork is interesting as well because it helps to further explain the scenes.

So, I am interested in checking out this movie for fun because it looks like an animated film with a good story as well as filled with drama.