The Dutch painting artist Vincent van Gogh revolver has been finally auctioned in $ 1,45700. which he used in his suicide attempt. Van Gogh narrowly injured himself from the same pistol while suffering from mental problems and diseases 1890 and passed away after few days later. He was born in Netherlands and was just 37 year old.

Van Gogh received popularity in his life, but after death he became famous and his paintings were sold at record price. Van Gogh made the most beautiful beauty masterpiece paintings of nature, However, he also touched up the fashion beauty as well. 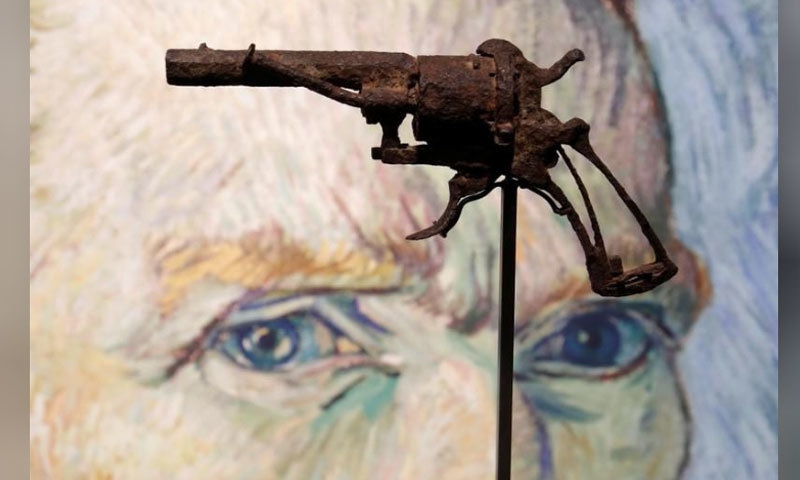 Van Gogh born In a priest’s home, and decided to become an artist after seeing a career of failed love, failed employee and failed religious teacher in his life and he started painting before 1870 and got popularity in very young age.

Van Gogh made the best painting in the last five years of his life and these painting made him the most respected artist in their  life. It is said about Van gogh, that he was severely suffering from depression and the effect of his illness can be seen in his artifact too.

Van Gogh is counted in the most famous and respectful artists of the 20th century. The painting made by him ‘starry night’ is considered as the best painting after Leonardo Da Vinci’s painting ‘Mona Lisa’.

The first detailed information about his life and suicide was written by the daughter of his house mistress in 1930. Remember he was living on rent.

She had managed to keep safe his pistols used by Van Gogh after his suicide which is now presented for auction from an Auction House for sale in France capital. The pistols used in the suicide attack by Van Gogh were sold at US $ 1,45700. The pistol sold at record price was almost rusty, and his handles and trigger were also affected.

The auction house told, that An unknown person offered the best offer of  the pistol on the phone and purchased it. Auctioner said that although the sale was not painting or artwork but a rusty pistol which caused a great human death, however, this pistol still holds a historical significance. He expressed his astonishing surprise that Revolver was sold at a double of estimated cost of Auction House.

The Night Cafe painting is also in his masterpiece.