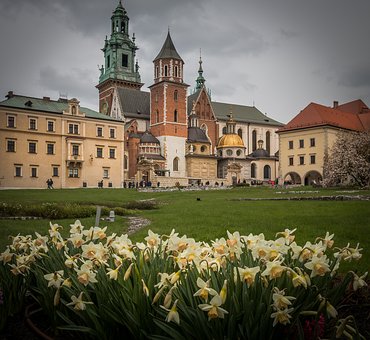 (This is the beginning of a long short story about a presumptuous, vain man who gets a pair of shoes by mistake.)

It is not very often that joy hits you so hard in the face that you want to cry but that is exactly what joy did to Ferdinand Nand when he received his new pair of shoes. He was bowled over.

“Thank you, thank you,” he said to his shy friend when he had recovered. “It is really most kind of you, but why, why on earth, should I receive this lovely, new pair of shoes without word or warning?”

His friend, a young woman of nineteen summers (and a good, few of those summers had been really bad ones with rain, sleet and even a fall of snow to chill the blood) looked at Ferdinand. “But isn’t it your birthday?” she asked, laughing and shy. “I thought it was.”

“Oh, yes, of course it is,” replied Ferdinand, although it wasn’t. “Won’t you come out for a drink to celebrate?” he asked, noticing her blushing.

Leaving her house late in the night, Ferdinand walked down Lemster Avenue. He was not thinking of the seduction, somewhat similar to mild rape, that he had just engineered with loving caresses, pinches, a tear in her panty-hose, but rather he was ruminating on the remarkable stroke of luck that had brought him such a lovely, new pair of shoes. “They’re really just what I wanted!” he exclaimed aloud, sending a nervous cat skidaddling into the shadowy porchway of a nearby house. “Just what I wanted!”

When Ferdinand Nand got home, he took a really good look at the shoes. Yes! they were beautiful! A lovely pair! A quite exquisite pair! He ran over to his new, bright lamp, pressed the button-switch down, and immediately a powerful, white light shone into the centre of the room. What with the light on the ceiling and now the light from the lamp, the room was quite flooded out. Decked-high illumination, so to speak, so to write. Right?

Standing in the very white pool of light, Ferdinand Nand examined first one shoe and then the other. They were fashionable but not trendy. They seemed to be made of quite extraordinary leather, so rare that Ferdinand had never set eyes on such a kind before, let alone felt one so strong beneath his hand.

Around the toe of each shoe ran a delicate, ridged pattern, perfect in unbelievably mottled shades of brown while the sides seemed to have been fashioned by a craftsman, a rare genius, who had so perfected their finish that the leather shone like brown, gleaming moon or if the reader wants to imagine brushed gold – just so! The insides of the heels were plush with fine, translucent foam, bounced into perfect finish of deep remarkableness!

Studying them, Ferdinand became more and more excited. He now took a very good look at the soles of the shoes. He turned each one, first one way and then the other, letting the lamp-light catch the rotund but flat surfaces at varying angles. The soles seemed perhaps the best things about the shoes. Each was thick without being clumsy. Each edge was finely turned, setting off the base of the shoe against the upper ramparts, not only to the latter’s glory but even to the former’s! The heel was delicately reinforced as if designed for Ferdinand’s type of tread which always wore the sides of the heels down in next to no time.

Although it was exceedingly late, Ferdinand could not go to bed until he had set each shoe on the floor (a foot or so apart) and had studied them ever more intently.

Moving over to the lamp again, he shone it first from one angle and then from another and then from a third and then from a fourth. Shining the light in this way, he suddenly perceived that tiny dots of silver were inlaid into the upper edges of the shoes. These were the edges that would close closely round and support, with supple support, his soon-to-be-feeling-very-good feet! He picked up the shoes and looked more closely at them. Yes! it was true! Quite, quite extraordinary! Silver, dimpled dottings, finely inlaid, exquisitely patterned there!

Ferdinand put them on. They fitted perfectly. He wondered whether he ought to go to bed that night, so loath was he to take off so stunning a pair of shoes. Finally, he decided on the best of both worlds. Turning his central heating on to its twenty-four-hour schedule, he reclined on his bed, still wearing his shoes, and dipped the lamp just a mere mite.

He studied the shoes on the ends of his feet for a very long time, finally falling asleep in the early hours of the dawn. And even then, he dreamt of them. He saw himself a prince, reclining on a throne, a servile girl dressing those feet of exquisite shoe while he leant forward pinching tit and plump bum. He woke up terribly excited, and there were the shoes, gleaming, like subdued gold, before his very eyes, on the ends of his very legs.