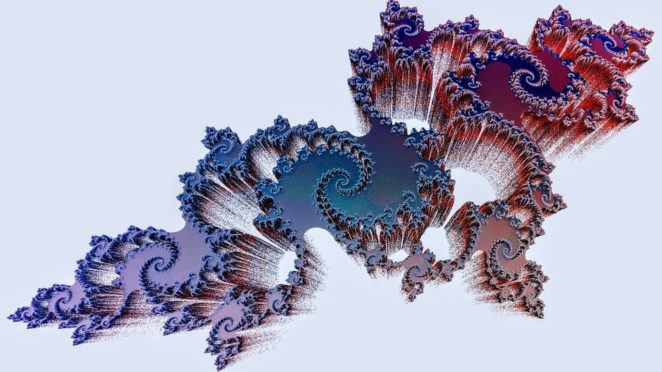 This type of fractal was introduced late last year, but has only started gaining a user base. You must have an extra dimension to include in the flames.

Fractal flames are different from normal 3D fractals which are normally created using an editor like Mandelbulb3D or Mandelbulber3D which start with three dimensional mathematics and use a different formula to create fractals.

Flames are normally 2D or two dimensional, in that there is usually not a Z plane, just X and Y planes.

The Salamander uses the Z plane to give this flame it’s 3D look. You could say the thickness of it.

I used a white background for this as it shows the entire fractal in a much more dramatic way.

It is based on the Julia fractal calculations and could be called a Julia, but the Salamander is what the creator of this editor called it. It is one of about five or six similar types of 3D flames in the JWildfire editor.

Looking for a unique gift – Please Visit My Zazzle Store!