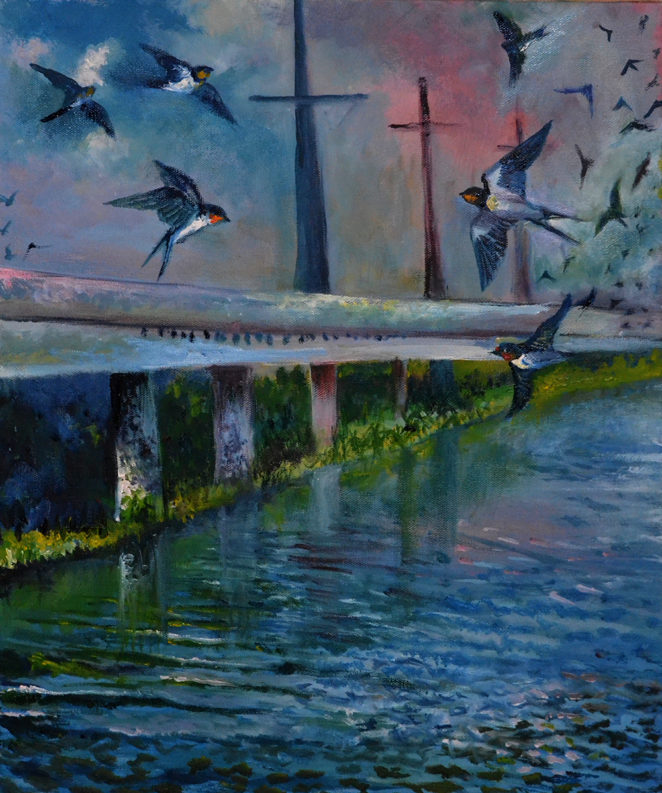 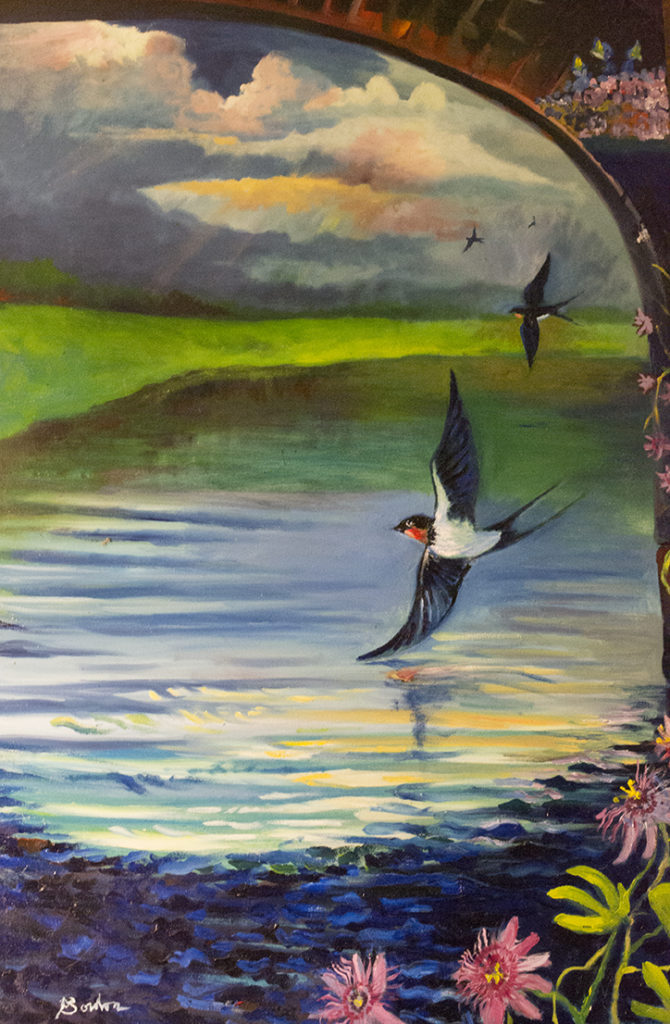 The first painting is calle the painbirds. I got the idea from Sparklehorse-Good Morning Spider and added the passionvine because they are symbolic in much of my writing, I also collect them.
The lake is a simplified Lake Ray Hubbard and most of the focus was on the bridge and the storm in the distance. This painting started in my house in Sachse and sat on the easel, as many paintings do, for more than a year. 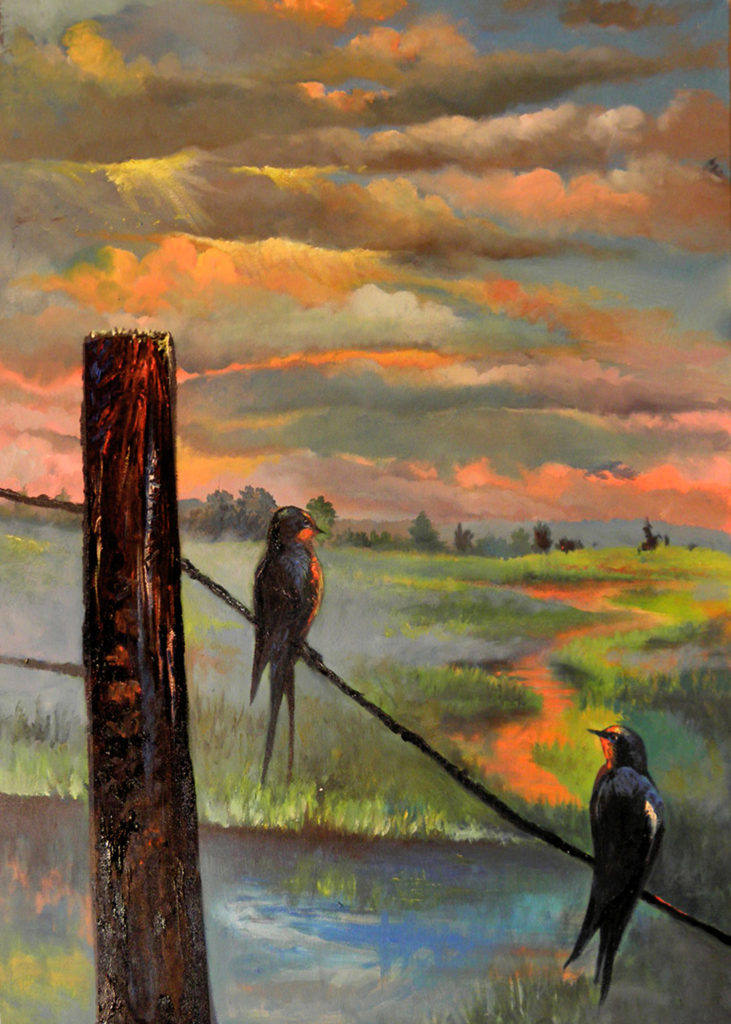 I finally finished it in a day in 2016 I think. Immediately following this painting was the Swallows in Sunset, not much to tell although I think the water area is from a scene in Florida. The same process, it started out on my easel and stayed unfinished for several months.

The next painting is finally completed. It is called the Celebration, it was inspired by watching Lake Ray Hubbard finally fill again. It was after the drought and the swallows were all around the bridge in celebration. I started it in 2016 or so and never finished it until just yesterday afternoon.
The problem with getting attached with a painting in the beginning stages is you lose confidence to go beyond your original feeling of success. It is part of my series of water studies, getting back to the basics of water and why I started painting it in the first place. 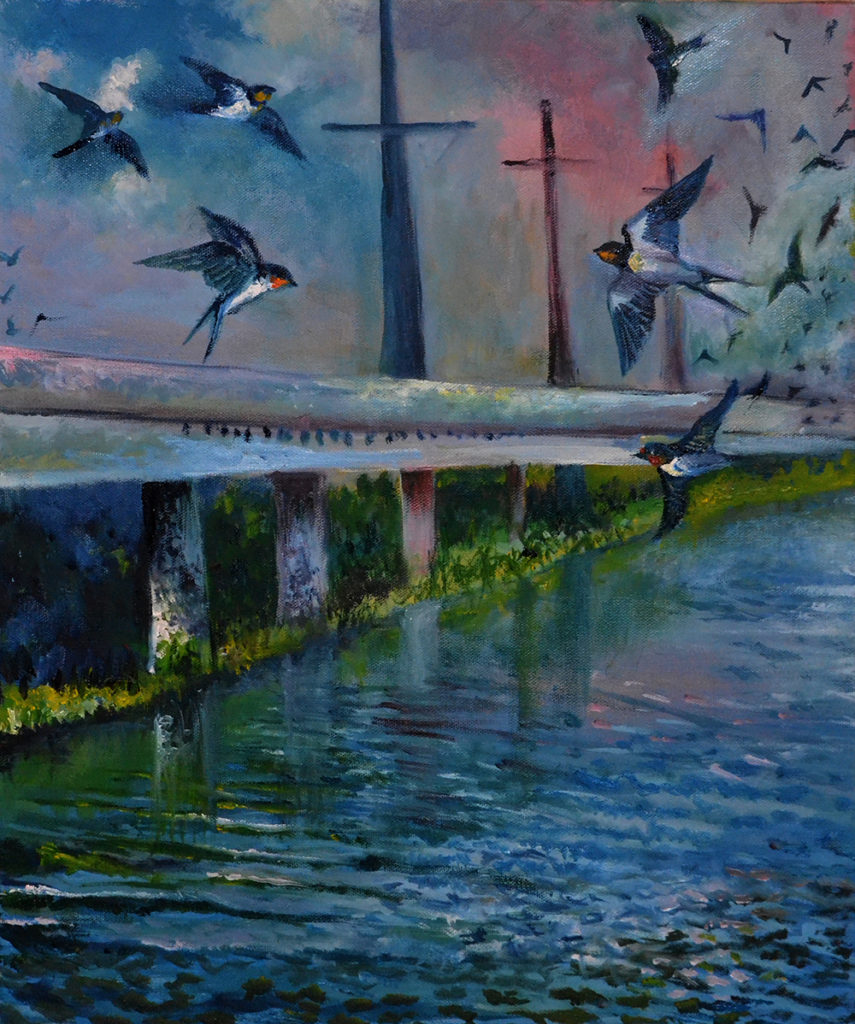 It is the smallest of the three paintings and has the most swallows. The bridge with all the nesting swallows was further inspired by a trip to North Sulphur river where the swallows were flying around the bridge and many were even swarming picking up the mud to create their nests.