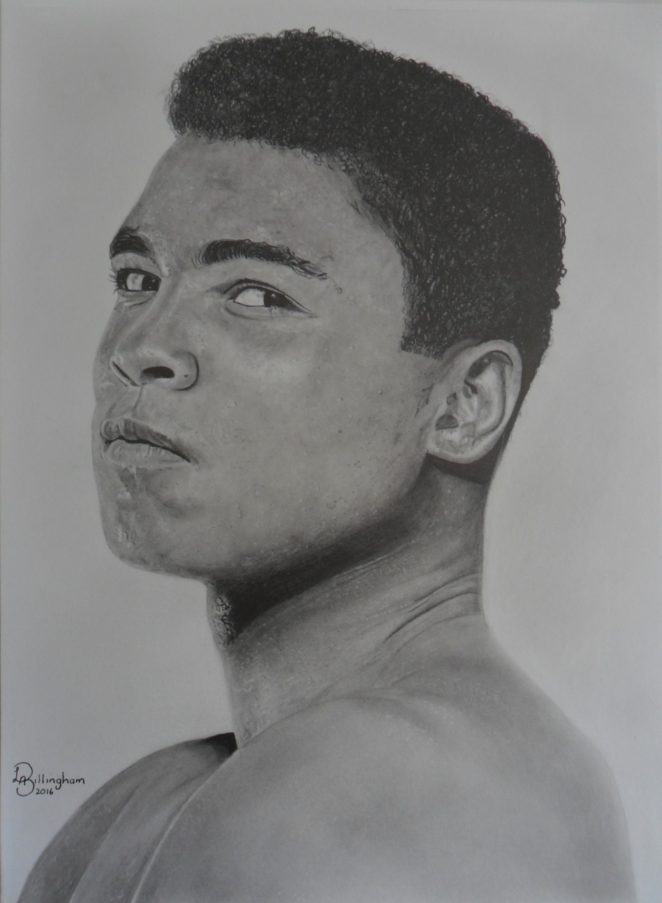 Another drawing from 2016 and my first proper darker skin tone drawing, which is now my favorite skin color to draw. This was another large portrait and measures 16” x 24”

Mohammad Ali still divides opinion amongst boxing fans all over the globe, on whether or not he was the greatest of all time. For me personally, he was the best. There are a lot of middleweight boxers who I love, but Ali could move and glide with the best of them and let’s not forget he was a heavyweight.

To come back and win the Heavyweight title three times in the way he did was unbelievable. I just wish that he had retired earlier as some of his later fights were none events and probably led to the Parkinson’s Disease that eventually led to his sad death in 2016.

Ali was also an activist and did a lot for charity. His quick mouth and seemingly huge ego belied his soft and caring nature, which became a lot more noticeable once his boxing career had ended.

Like Michael Jackson in music and Bruce Lee in martial arts, Ali has become a legend and could arguably be the most iconic sportsman ever.

I was quite pleased with my drawing as I think it captured his essence and his cheeky nature.

I hope you like it and thanks for looking.