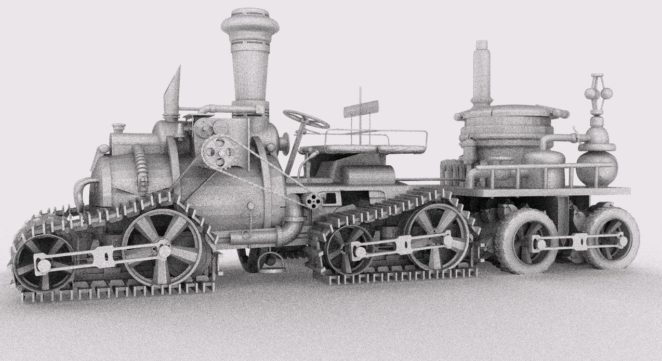 Another Steampunk Style machine created by me. This was rendered with the Pencil sketch Technique.

This is a 3D model created with multiple PC software programs.  This Technique was first introduced by David Brinnen one of the early adopters of Bryce . I later rewrote the setting to create a hard shadow style as well as changed the Material used to accomplish more depth and shadows.

This was one of the early attempts using my own script. Its gotten a lot clearer since then.