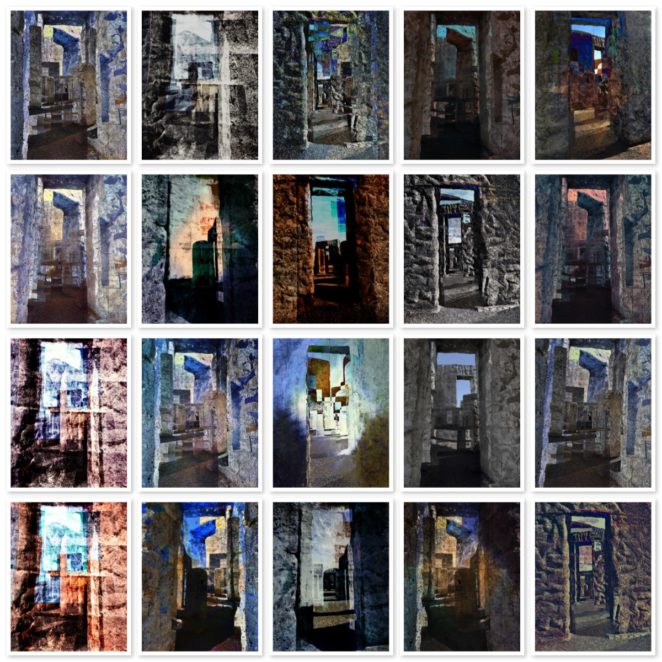 If you ever had the chance to visit Stonehenge you might appreciate this series more. I actually prefer the American replica to the crumbling British original site. Although the WWII war memorial addition of Stonehenge near Marysville Washington is not oriented to help tell the seasons, it is complete. While original site has many stones fallen and on the ground.

This was a very mysterious site that was used by the Druids and other cultures. At first it was assumed that it was a site for human sacrifice. But I believe archeologists have since found that its orientation was a calendar to help early cultures tell the seasons by its alignment with the heavens.

These multiple exposure images of many of the entry ways enhance it’s mystery for me.