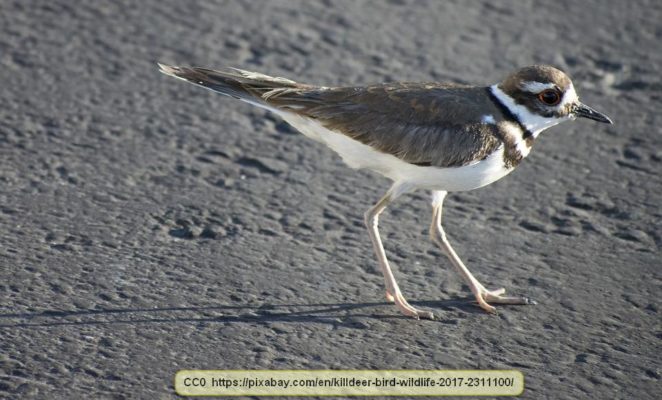 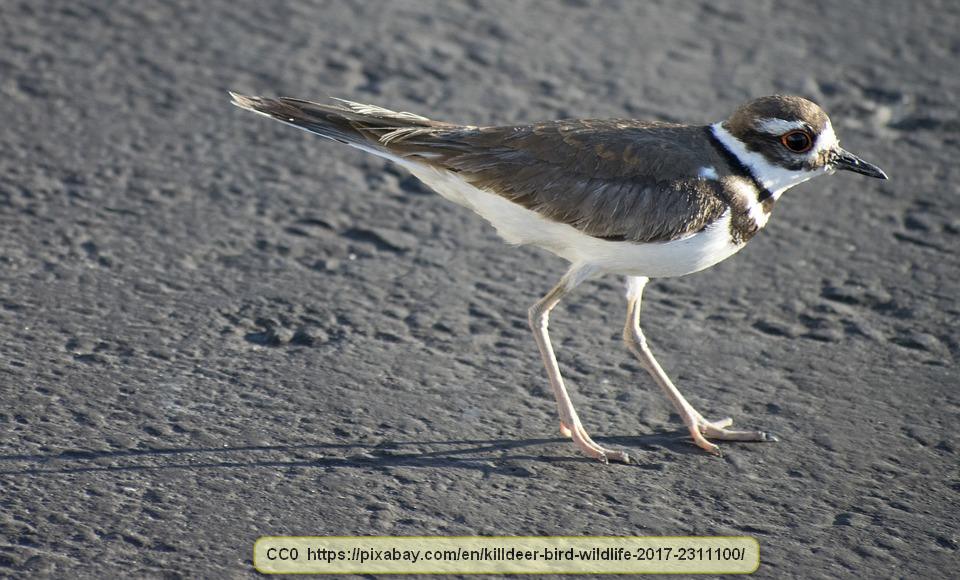 It happened almost a decade ago. My uncle was mowing the ditch bank that runs along his long driveway, getting it ready so he could then re-gravel the entire driveway, which was also used by two other families. There were some large potholes that needed to be filled in.

In one specific area, a killdeer was going crazy by the time he got there. For those who don’t know what a killdeer is, it is a kind of bird, a plover, that is about the size of an American robin or thrush. They are ground-nesting birds and when predators get too close to the nest, the killdeer will act as if it is injured. It will make a lot of noise and will flop around, dragging a wing. This is an attempt to draw the predator away from the nest. They are surprisingly successful in protecting their nests in this way.

That behavior describes what the killdeer was doing. My uncle made two passes with the mower and both times that he got in the one area, the killdeer did its ‘injured bird’ routine. My uncle was sure that it had a nest somewhere in the area, so before laying any gravel, he took the time to take a slow walk down his driveway, looking for the nest. He had few hopes of finding it because killdeers and their nests blend in so well to the background; a trait that is fairly common for ground-nesting birds. Still, he wanted to at least try to find the nest. He did and this is the picture he took: 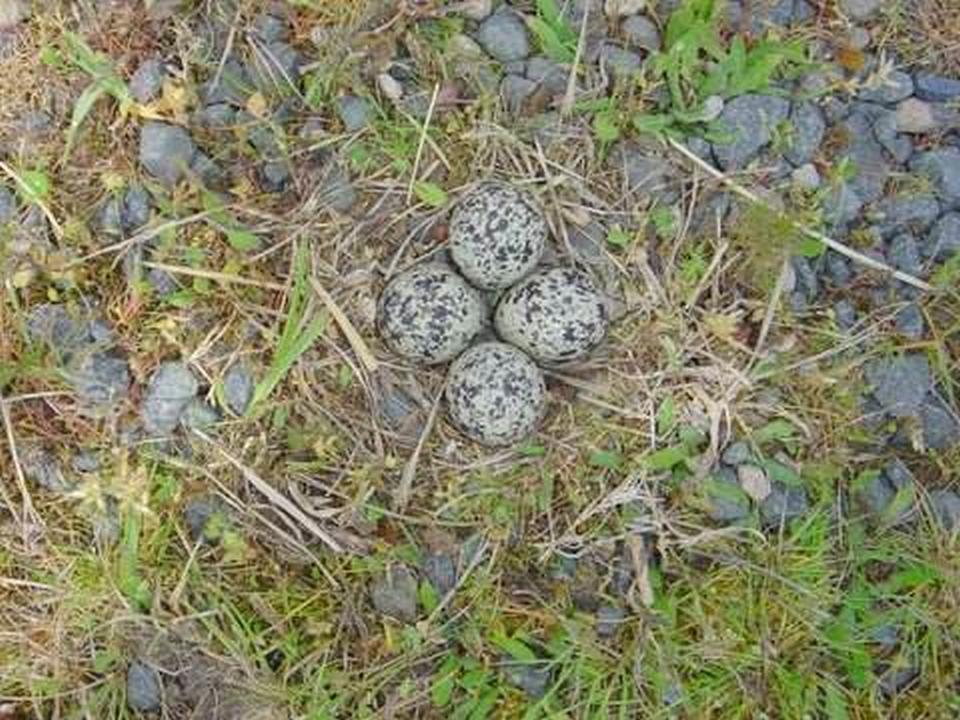 As you can see, the nest and the four eggs blended right in. It wasn’t at all obvious. What the picture doesn’t show is that the nest was right at the edge of the driveway. The rocks in the upper-right corner of the picture are part of the driveway. It was rather amazing that nobody had driven over the nest. For that matter, this was inches away from where he’d mowed and he could have easily driven his riding mower over the nest, too.

Finding the nest solved the mystery of the agitated killdeer. However, the nest was still in danger and it should be mentioned that the whole time my uncle was walking in the area and taking this picture, the killdeer was going berserk, understandably and for the third time.

The killdeer got riled up a fourth and final time, too. That is because my uncle walked back to his garage, found four long stakes and a hammer, then walked back and pounded the stakes into the ground at all four corners of the nest, allowing plenty of room for the killdeer to be able to get back on the nest to incubate her eggs. The stakes were to give at least some protection for the poorly selected nesting site.

Once the stakes were in place, he went to the neighbor’s houses and explained to them that they needed to avoid the staked out area beside the driveway. It all turned out successfully and the little agitated killdeer was able to hatch her eggs and then move the chicks to safer grounds.