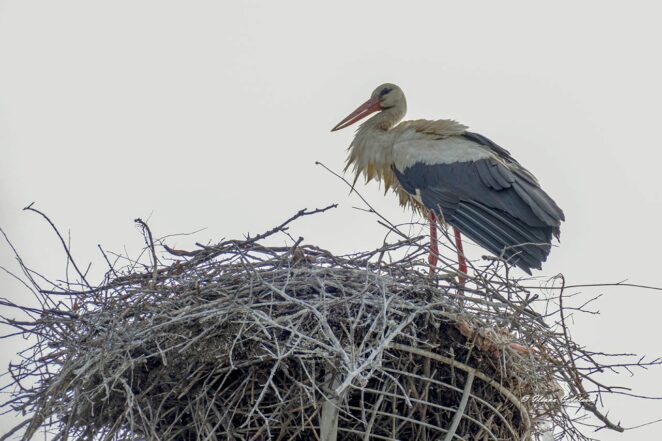 I was in the car on my way to Strambeni, my native village. At one point I saw a stork flying over the street and carrying branches in its beak. After a while I saw a nest on an electricity pole on the side of the street. Another stork  was waiting in the nest. What I found interesting is the fact that after the first stork went down to the nest, the other took flight and left. It probably went to bring more branches to strengthen their nest

Although it seems trivial, the stork’s nest is one of the most spectacular and complex constructions made in the animal kingdom. It is built of branches, roots, soil to which is added straw, hay, grass, sometimes even paper and rags. Over time, a stork’s nest used for several years in a row can reach, after numerous repairs, a diameter of 1-1.5 meters, a height of up to two meters and a weight between one and two tons.