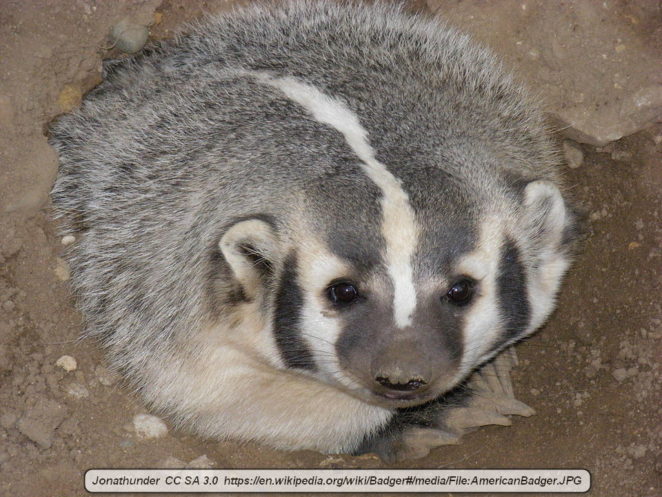 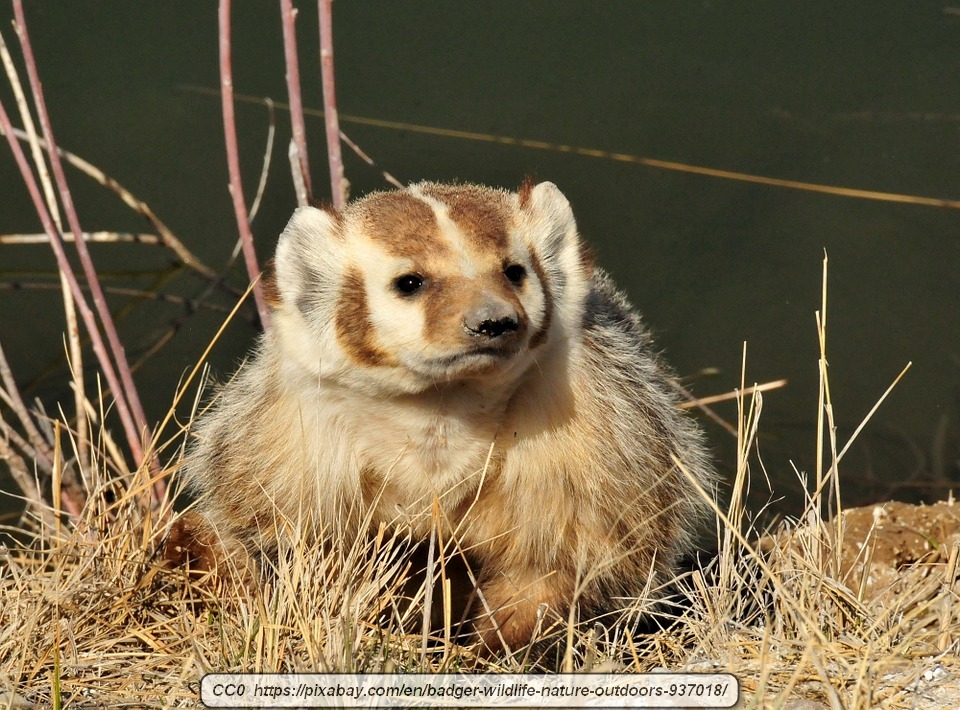 If you ever see a badger in the wild, you can consider yourself as lucky. They aren’t often seen, but are hearty, live in Europe and America, and are well equipped for protecting themselves. In North America, badgers are widespread and both the population and range is growing.

Badgers are carnivores, but they do have omnivorous habits too and will consume some plant matter when it is available. Taxidea taxus, the American badger, is closely related to skunks, minks, polecats, weasels, otters, and martins, though it is usually larger and sturdier. It is built close to the ground, usually wider than it is tall. In fact, it is a member of the weasel family.

There are color variations, but like the striped skunk, badgers have a white stripe that runs over the head. They are also equipped with very sharp teeth and long, stout claws. Both of these are used when fighting or for defense. Few natural predators will tangle, face to face, with an upset badger and since badgers have a cranky disposition, it doesn’t take much to upset them. The claws are powerful and are used for digging, as well. Indeed, a badger can dig into even dry, hard soil amazingly fast.

Badgers are fierce animals and while they may try to escape when faced with a predator, they will often turn and attack if they have no clear means of fleeing. They don’t show fear toward any other animal. They are built so close to the ground that they can’t run very fast. Still, a badger is quite capable of backing down another animal far larger than itself, including such animals as mountain lions. They have a habit of making numerous lunges at an intruding animal, predator or otherwise, and it is from this habit that we have the phrase of “badgering”, meaning to repeatedly pester someone until they give in. 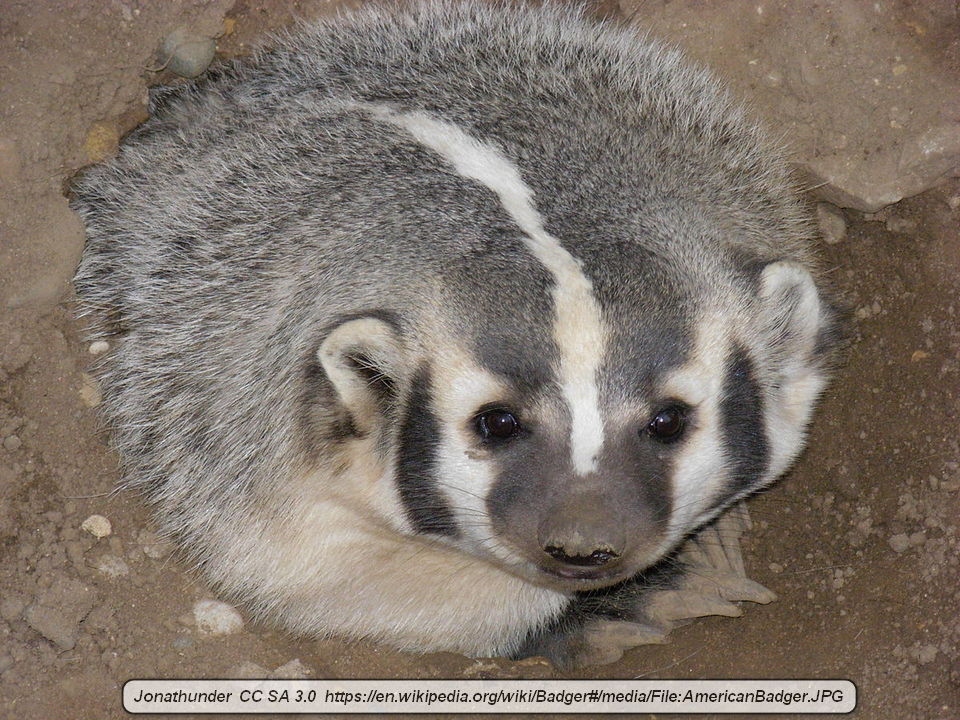 These animals prefer both open grasslands and forests. They are often found in mountainous regions, such as the high Cascades and Rockies, where dense conifer forests grow. In the lower country, it appears that most of their diet may depend on earthworms and insects. In higher country, small rodents often make up the bulk of their food, though they will still eat any worms or insects they find.

Badgers will also scavenge, if given the opportunity. They bury the carcass they find, to protect it from other scavengers. Their talent for burying a carcass is amazing, as can be seen in this video clip:

As mentioned already, this food is sometimes supplemented by select vegetation. Badgers are also known to be fond of sweets, such as overripe berries and honey. The latter is mostly confined to what is produced by ground-dwelling bees since badgers are not built for climbing.

It should be noted that the honey badger is a distinctly different animal and isn’t related to the badger, despite the name.

Like bears, badgers do not truly hibernate. Instead, during the coldest temperatures, they fall into a deep stupor-like sleep, which conserves energy. However, they wake up when the temperature rises. This helps them survive and aided by their great sense of smell, they can dig out of their underground dens and feed on rodents, many of which do hibernate. In fact, badgers are able to withstand extremes in temperatures, which is one of the things leading to the expansion in their range in the United States.

Not counting man, badgers have many predators that won’t hesitate to make a meal of the animal if they can get beyond the teeth and claws. The most important predators are probably bears, mountain lions, wolves, coyotes, and wolverines. In regard to wolves and coyotes, a single predator is usually no match for a badger, but a pack of them can kill and consume one.

As with many animals, the official size and weight that are reported in online sources are often a bit shy of what is sometimes encountered. For instance, a badger was found in Crater Lake National Park that weighed in excess of 30 pounds. It had been recently killed, so a question could be raised as to how big it really would have become.

Like several other mammals, badgers have a delayed gestation, as well. Quite some time can pass between the time of insemination until gestation actually occurs. This helps ensure the survival of the 2-6 babies since they can be born when food is usually plentiful. In fact, according to Oregon State University, badgers have been known to abort some of the developing fetuses if food isn’t adequate. This isn’t common in an animal that can be as protective as the female badger is for her young.

The mother’s milk is quite rich in fat and the young badgers quickly grow large enough to fend for themselves. The nest itself is an underground tunnel with an enlarged room at the end. During the raising of the young, the floor of the chamber is lined with the mother’s fur, as well as soft vegetable matter such as leaves. The tunnel isn’t very long, but this makes little difference, as few animals want to confront a badger coming out of its den, face first.

Badgers living in Europe have many of the same traits and appearance of those living in America, so the differences are slight.

Whether you live in the plains or in the mountains, you may be fortunate enough to see a badger. It is a thrill that few people forget when it happens. If you are so lucky, just hope that you have your camera with you, and enjoy the experience.