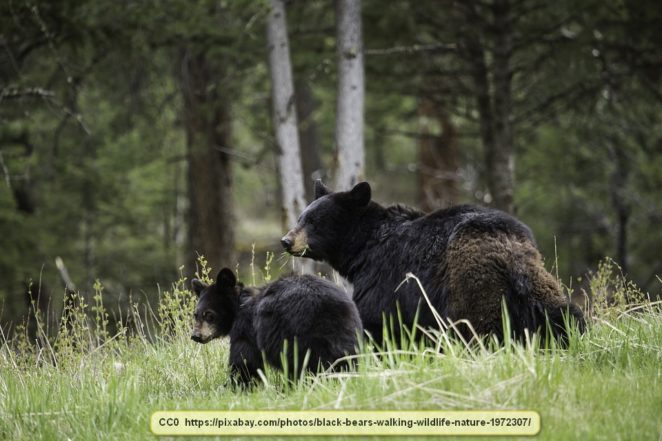 Black bears are rather interesting animals in a number of ways. They are apex predators that are quite omnivorous, eating everything from animals to plants, carrion, and just about anything they can get ahold of that is edible. However, there is a substantial amount of misunderstanding about them, which makes this an interesting case.

The American black bear (Ursus americanus) has a number of subspecies. Partly because of the differences between these, at one time, the range of the black bear covered most of the continental US. Black bears now have a substantially reduced range, primarily due to habitat loss and unregulated hunting.

This has led a lot of people to wonder if black bears are endangered. While they are protected in some areas, black bears are not anywhere close to being endangered. Current estimates of the population of black bears in the lower 48 states range from 600,000 to over a million. This is a large number for an apex predator.

It is rather curious that although the black bear range isn’t nearly what it used to be, the population of black bears is actually increasing.