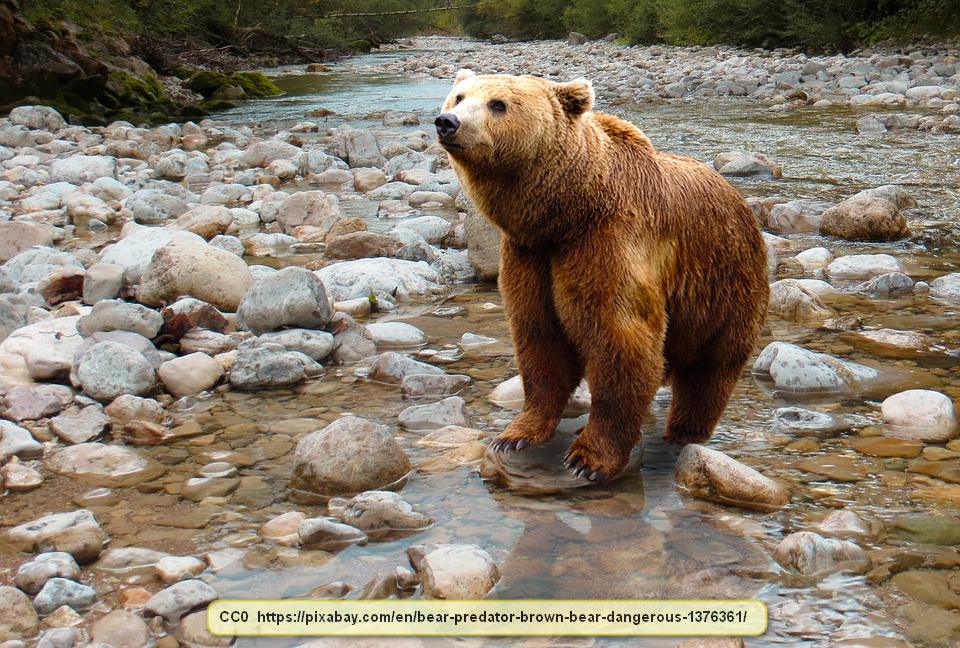 A lot of people know that pepper spray and bear spray are similar, but that they aren’t the same thing. People might wonder what the differences are and how suitable it would be to interchange them. How do they compare?

Both pepper spray and bear spray are aerosols that have the same primary active ingredient; capsaicin. This is the substance that makes hot peppers hot. The two sprays have different purposes, though.

Pepper spray is designed to incapacitate a human attacker, even if they have a gun or a knife. The delivery system of a can of pepper spray makes it highly accurate, allowing a person to spray an attacker in the face. Anyone who has handled chili peppers and has then rubbed their eyes knows how painful the capsaicin is and how it makes the eyes water profusely. Spraying a person in the face with pepper spray is far worse than rubbing your eyes after touching chili peppers. It is capable of stopping an attacker in their tracks.

Bear spray is designed to cause a bear to turn tail and run, rather than attacking. A can of bear spray tends to be larger and to hold more of the spray. The spray isn’t delivered accurately, though. Accuracy isn’t necessary. Instead, bear spray is released in a fog rather than a stream. This means that it merely needs to be pointed in the general direction of a bear and it will hit the target.

A big difference between the two is that bear spray is considerably weaker. Typically, bear spray contains about 2-3% capsaicin. The goal of bear spray isn’t to incapacitate or hurt the bear, but to get it to run away.

Pepper spray often contains 11% capsaicin or more. The goal of its use is to render an attacker helpless and to stop them immediately.

Because of the purposes of both, pepper spray and bear spray shouldn’t be used interchangeably. Using bear spray on an attacker may not stop them and it is likely to affect anyone else who is standing within 20-30 feet of the attacker. Likewise, pepper spray can harm a bear. It can also cause the bear to become enraged, lashing out blindly at anything, rather than running away. This increases the danger of being hurt by the bear, while also making it difficult for the bear to recover quickly.