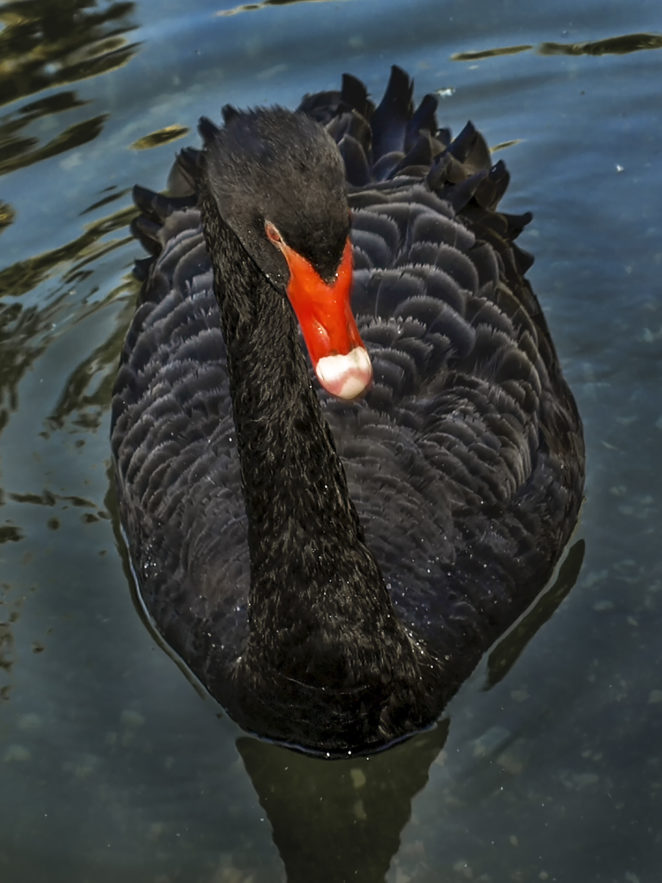 Black swan is a species of anseriform bird of the family Anatidae endemic to Australia. It was discovered in 1697, at the beginning of the eighteenth century, English settlers who returned from Australia brought with them, in their ships, a cargo. Black swans are Australia’s own and until that time, it was thought that all swans were white, because of that color were all the swans that were known until then.

Then there was a commotion in English society. Although it may seem naive to us, the fact is that the appearance of a species of swans of a color different from the one they were accustomed to see, supposed for the inhabitants of the time a source of debate and controversy. It has been the favorite of the ornamental ponds of Europe, and later of America, but it has not been fertile in these continents.