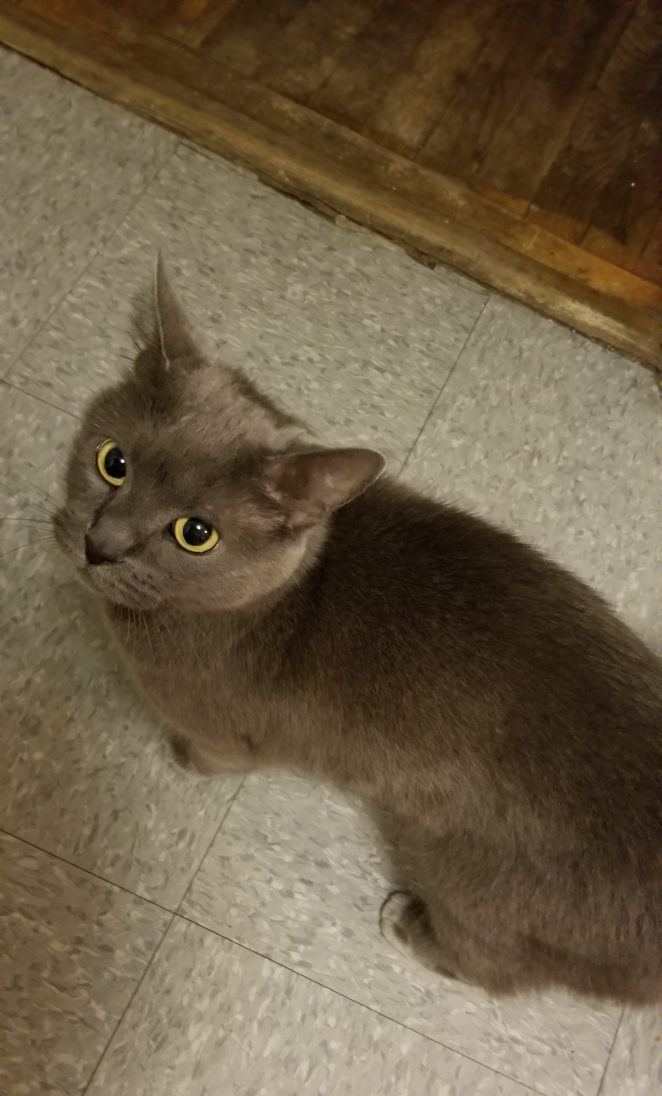 Our family has been blessed with a remarkably intelligent cat. Last night I had a conversation with her about feminism, history, and Marxist Philosophy. Her insights were amazing. I asked her “Who said that ‘women hold up half the sky?’ Without hesitating, Luna replied “Mao.” As she brushed against my leg purring I followed up with another question. Who wrote that “Imperialists are paper tigers” in his book “Six Essays On Military Affairs”?  Again she responded after rubbing her head on my knee “Mao!” I was so impressed. I tried asking her about “The Great Leap Forward ” but she had gotten into the catnip.

When she returned twenty minutes later I asked her if she’d read the book Peoples War, People’s Army while she was hiding in the cellar. She looked at me startled and said, “Mao?” “No, you stupid cat! That was Vo Nguyen Giap! ” Next time read it instead of sleeping between the boxes of books down there!” I fed her and wen’t back to watching Democracy Now! on the local access channel.  They were discussing globalization. Luna rubbed up against the edge of the sofa. “what do you think about this? I asked her. Luna looked down at the floor and said “Mao”.