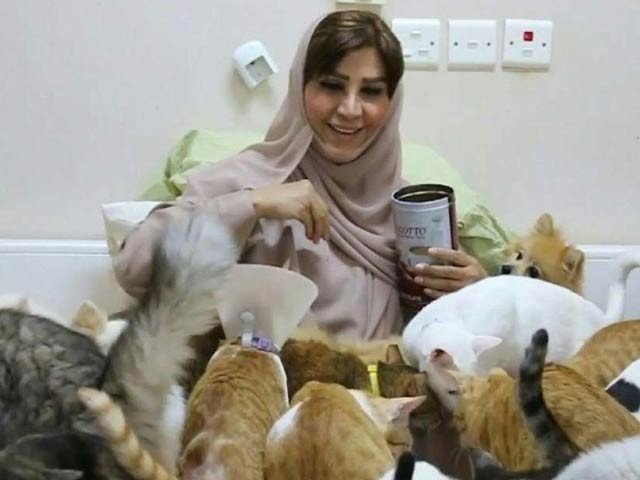 The fame of Maryam Al-Balushi of Muscat has now reached all over the world. Her home is also home to 500 stray cats and dogs, where all the animals live in peace, However, Mary has to spend 8,000 dollar a month on their care.

Maryam, 51, is retired from government service. Shee has 480 cats and 12 dogs in his home in Oman. She have collected all this from another place where there was no one to take care of them. In 2008, his son brought a Persian cat but soon became unaware of it.

When Maryam suffered from depression in 2011, she used to entertain herself with cats and so she decided to shelter the homeless cats in her house. She now have about 500 cats and dogs.

“Allah almighty God has given us language, consciousness and resources. These animals cannot talk to us even in the face of hunger, disease and even danger.” Maryam said. “People make luxurious feasts, but there is no place where these animals can be heard, and there is no animal protection law in the Gulf.

Now she takes care of hundreds of animals. She spends millions every month on food and takes them to hospitals. However, now some people have started donating to help them.

Maryam has given a message to the people that people do not want to keep these animals in their houses, nor on the roads, nor near their cars, nor on the rubbish bins. God made this earth not only for us but also for these animals. Every living thing has the right to live on this planet