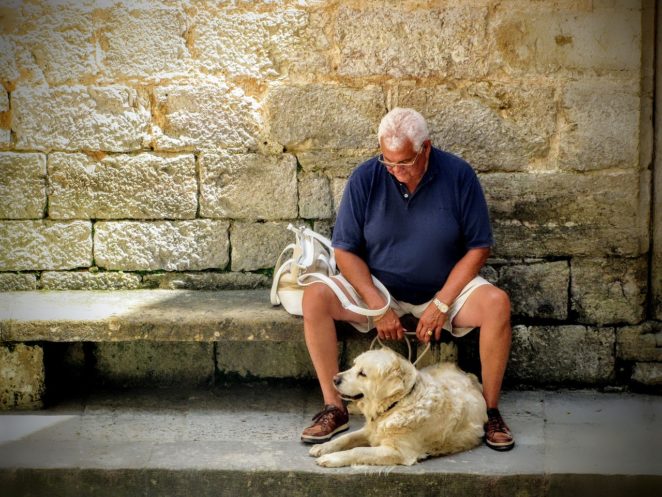 “This is not my story it is someone else, So enjoy!”

This morning, after I got out of the bath, I tried to shake myself dry. Fear not: you are to be spared the details of my daily ablutions. I simply record one symptom of my irreversible metamorphosis – the gradual assumption of the characteristics of Buser, my dog.I flatter myself that I have avoided the romantic error of treating him like a human being. But he treats me like a dog. Buster and I have always had a lot in common. I enjoy being one of the pack, though from time to time I have wished I could be leader. I take consolation from the characteristics that unite as rather than his divisive determination to dominate me by chewing my hand, leaping uninvited onto my lap and putting a restraining paw on my foot when he thinks I am bout to move.

Both of us fall asleep in cars, bolt our food and are easily bored by television. Like me, he is allergic to cats, a bond that unites us despite a difference of symptoms – my eyes smart and I sneeze, while he goes fighting mad. Most important of all, although we look aggressive, deep down inside we are equally soft and lovable. Ignore us and we perform until we capture your attention. Give us a biscuit and we are yours.

The qualities that strangers most admire in Buster are beyond my emulation. I cannot make my ears stand on end, grow a sleek brindle coat or (even with the aid of contact lenses) acquire limpid brown eyes. On me, a wet nose is not regarded as a sign of health. No-one has ever congratulated me on the frequency and thoroughness with which I clean my feet.

But it is not those minor attributes that I wish to assume. I want to develop Buster’s major virtues, which he exhibits from the very start of the day. 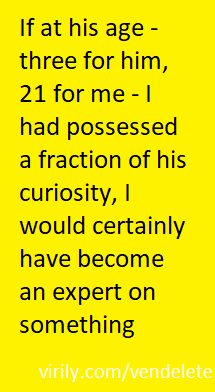 The prospect of nothing more exciting than a walk in London’s Green Park sends him mad with joy. He rolls his back as a sign of delight and kicks his legs in the air as proof of ecstasy. He assumes that the hours ahead will be packed with pleasure. And the assumption makes it so. He is so happy that he makes me happy too. I wish I could spread the same message with equally uninhibited enthusiasm.

If at his age – three for him and 21 for me – I had possessed a fraction of his curiosity, I would certainly have become an expert on something. Indeed, his interests are so electric that had I been inspired with a similar spirit of inquiry, by now I might know everything about everything. 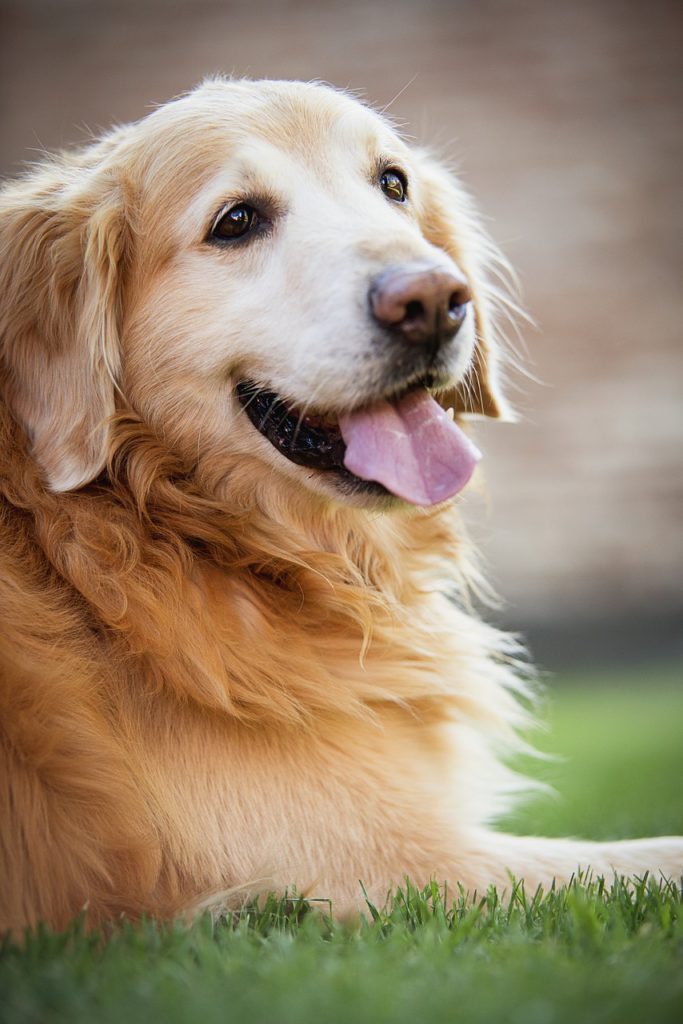 He cannot pass a hole in a hedge without wanting to put his head in it or a wall without wanting to look over it. On the steep slopes of the Peak District, he stands on his hind legs so that he can see the sheep and cows in distant fields. On the littered streets of Westminster, he tears open every paper bag and cardboard box that comes within sniffing range. Nobody arrives or leaves without inspection, badly disguised as greetings or farewell.

He is not, I admit, a good dissembler. The feelings of the moment are displayed without embarrassment or regret. The emotion most regularly on view is incorrigible hope. Buster has no idea of his own limitations. He believes he can catch pigeons flying 20 meters above his head, takes for granted his ability to follow squirrels up trees and assumes he can win the affection of every he meets. Because he believes he can leap ten times his own height, he can leap five times his own height.

It may not be sensible to imagine that a telephone can be barked into silence or that at the bottom of every pile of leaves rotting meat awaits disinterment by a resourceful dog. But Buster makes me remember the time when I was young and silly enough to think that nothing was beyond me. If I could believe that again,  I would gladly walk on all fours, and lie under tables on train journeys.

It is, I suppose, Buster’s misfortune that I want him to be the dog I never was. But, up to now, he has fulfilled all my vicarious ambitions. I can only hope that he does not find me a great disappointment. 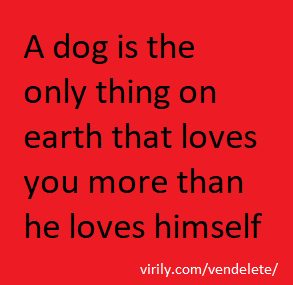