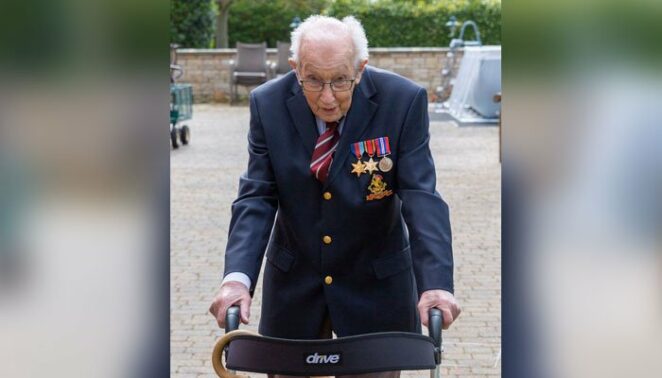 The campaign to raise funds for the British National Health Service was started with the help of his daughter, and he intends to do 100 rounds of gardens daily in his home garden until April 30, celebrating her 100th birthday.

Captain Tom Tom Moore thought he could donate more than 1,000 pounds to the medical staff, but in a few days the amount has grown to more than £ 1 million, which has been donated by 5 lac people.

The drop has become the sea, and this has been true of Captain Moore’s efforts, and he now says that people will keep going as long as they give money. The UK is also affected by the global epidemic, where the number of cases is 98476 while the death toll is 12868.