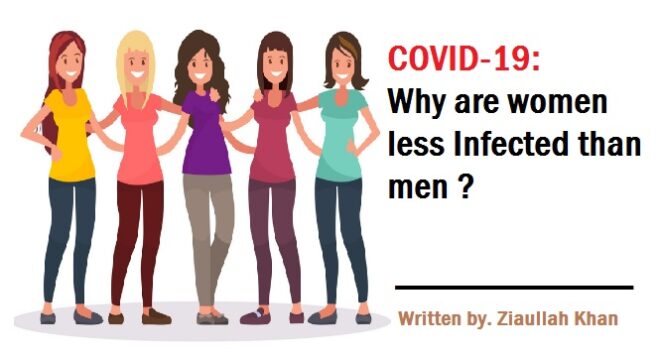 Now another interesting fact is that the proportion of males killed by this virus is much higher than women. In China, the number of men infected with the virus is twice that of women. In Sweden, sixty percent of men are infected with the virus, while women account for 40 percent. In other countries of the world this is almost the same ratio. why like this? Let readers know about it in detail.

The first major difference between men and women is genetics. Twenty-two pairs of chromosomes are the same in men and women, but the 23rd pair is different. In women this pair is in the form of XX whereas in men it is in the case of XY.

Men have less genetic information on the Y chromosome, compared to the other X chromosomes found in women, which have more genes. Experts say that about 6,500 genes in women work differently and effectively than men. This genetic difference protects women slightly from autoimmune diseases than men.

Parkinson’s and many other diseases are more common in men than in women. There is also a difference between the DNA of women and men, and further research is still underway in the genetic field, which may lead to many discoveries in the future.

Another major cause of women’s less death from the coronavirus is the women’s hormone system. There are women’s hormones estrogen and progesterone hormone compared to testosterone in men. This hormone in women, especially estrogen, helps protect them from diseases and bacterial attacks, and this is why coronavirus reduces their deaths and Estrogen becomes the protector of women.

Other causes of women being less killed by the coronavirus is men have more diseases of the heart, blood and respiratory diseases. Similarly, smoking is another big cause which is lower in women than in men. Smoking in men leads them to death. Corona virus increases smokers’ exposure to death fourteen times higher than normal, Other possible causes may include women’s senses, social behavior and lifestyle. More details will come out in the future if more research is dine in this context.