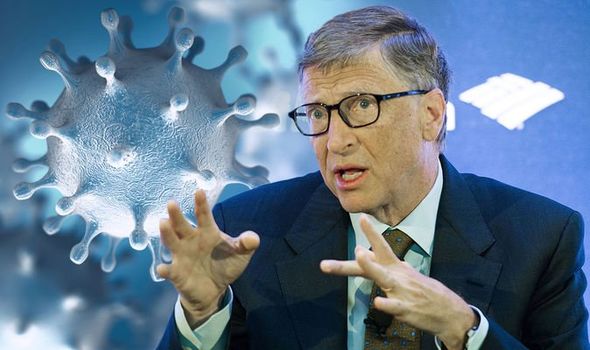 In 2015, Microsoft’s co-founder Bill Gates warned during a speech that the greatest threat to humanity was not from nuclear war, but from a pandemic virus that would become deadly for millions.

Video of this speech has surfaced again in recent weeks and has been viewed on YouTube more than two and a half million times, but it has not been what Bill Gates has wished. Instead, right-wing conservatives in the United States and Europe, anti-vaccine, anti-conspiracy groups have targeted one of the world’s richest.

According to the New York Times and social media analyst Zignal Labs, Bill Gates was cited more than 12 million times during conspiracy theories on TV and social media from February to April. That is, 33% more than the idea of connecting COVID- 19 with 5-G technology.

Facebook has discovered over 16,000 posts that were liked and commented over 9 million times, Likewise, the 10 most popular YouTube videos that spread false details about Bill Gates were viewed 5 million times during March and April. All these posts or videos are saying is that Bill Gates created the virus, plot to end humanity or implement a global surveillance system.

Bill Gates has long been criticizing the US president, and recently called the suspension of World Health Organization funding dangerous. In an article in the Washington Post on March 31, he wrote, “There is no two-way opinion that the United States seizes the opportunity to prevent the Novel Corona virus and the effects of cases such as growth, economy closure and deaths are visible.

Bill Gates or his representative declined to speak in the report, but Mark Suzman, chief executive of the Bill & Melinda Gates Foundation, said: “It is very disturbing that people are spreading such rumors when we all work together. Should find ways to save lives. YouTube, Twitter and Facebook said they are struggling for rumors about the Corona virus.

In January, the Gates Foundation announced $ 100 million to help Chinese and African medical workers. In an article for the New England Journal of Medicine in February, Bill Gates called the virus a great epidemic of the century. This month, he also announced that his company would spend billions of dollars to build factories for the seven best vaccines.

On Wednesday, the Gates Foundation announced that $ 25 million would be spent on the prevention of the virus, the bulk of which will be spent in Africa and South Asia. On Wednesday, when Bill Gates thanked medical staff on a social media post, a comment read, ‘This virus is a very, very false lie’.