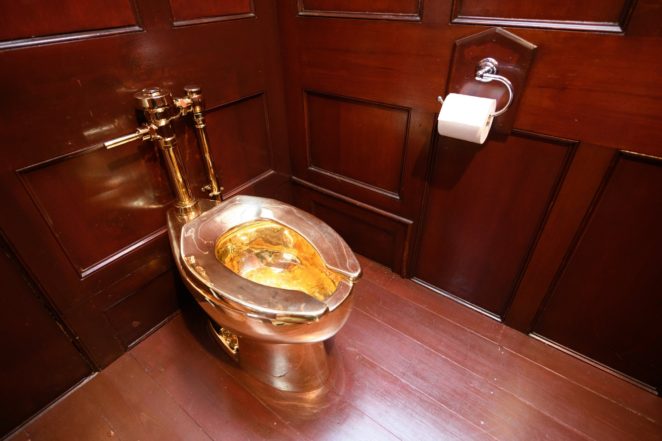 I always associated Winston Churchill with his cigar and most of his photos that float around the Net are with him smoking a cigar with a Homburg hat..

Little did I know he was using a Golden Toilet – just cannot believe it. An 18 carrot gold toilet costing around 5 million dollars.

And this came to light when it was reported that the golden toilet installed in the Beinheim Palace where he was born has been stolen. The thief apparently has been caught  It is also reported that knocking that toilet off has damaged the building.

All this got me interested to know more about that palace the only building that has that name which does not belong to royalty.