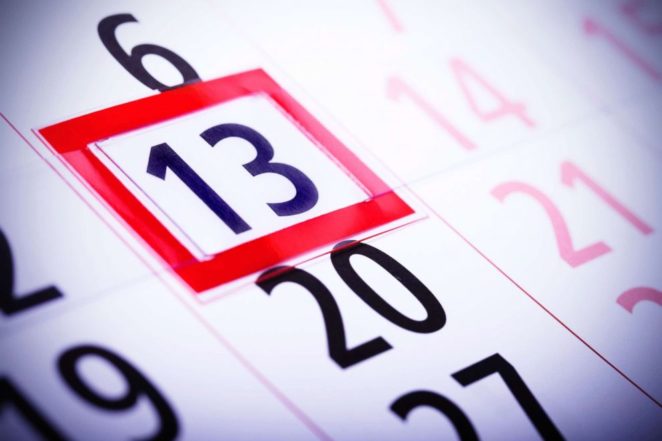 We all know that Friday the 13th is considered a bad luck day. Many people even fail to do certain things on this ‘fateful’ date for fear that something bad might happen. And there is even a phobia that is based on this fear and was called: triskaidekaphobia.

But when did Friday 13th become a day of bad luck? Many historians believe that it all began in the Middle Ages and that the idea has biblical roots.

Some believe that superstition began because of the Last Supper, as 13 people were present at the mythical meal and the death of Jesus took place on Friday.

according to the site History, historians also claim that the association of date with bad luck may be related to the day Eve ate the apple of the Tree of Knowledge or when the great flood began. Alternatively, superstition may exist thanks to a truly catastrophic and factual historical event: on Friday, October 13, 1307, thousands of Templars were captured and tortured in France.

As far as I am concerned I was born on 13, and I have already celebrated my birthday on Friday 13, so it is no problem for me.