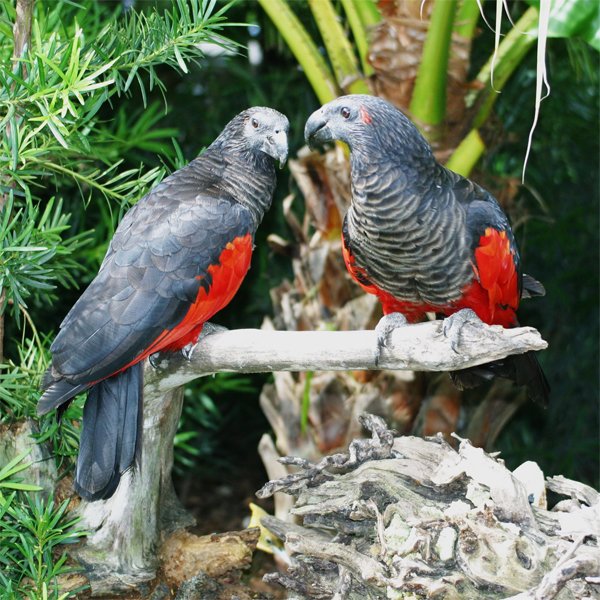 This innocent parrot is found in the rainy forest of New Guinea. By the way, his name is “Pesky Parrot” but its famous name is “Dracula Parrot.” although it eats only leaves, flowers and fruits of dense trees.

By its size, it counts as a large bird, which is about 50 cm in length, while it weighs 680 to 800 grams. He doesn’t even have hair on his face. It is known for its deep black beak, gray or black chest and hollow red wings.In Dracula parrots, males and females are almost the same. However, the male has red markings on the back of the ear that are not present in the female Dracula parrot.

This parrot Unlike other parrots, they jump from branch to branch. In addition to the face and lime black, Pesky Parrots do not have hair on their faces , So looking at it from afar it looks like Shikra is sitting down and waiting to grab their prey. that is why it is called “Dracula parrot” because of its similar appearance, though it is a very peaceful and harmless bird.Due to its indiscriminate hunting, the number of this bird is now very low