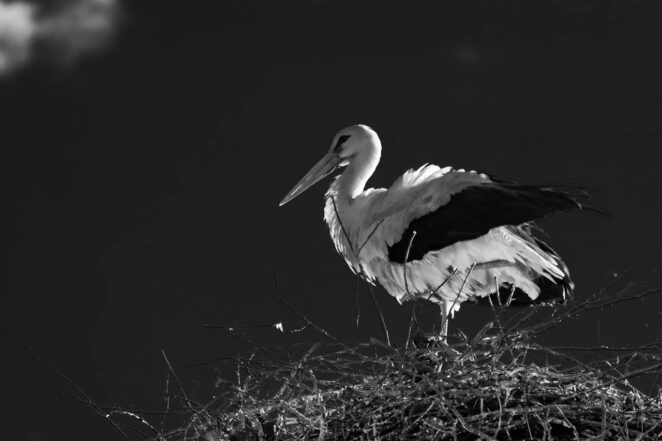 The story started here continues. I saw the nest again after two weeks. Beautiful and majestic, the stork continues to do its duty as guardian of the nest. I don’t know if it’s the same as last time, or if it’s its partner, but I know they have an important role to play..They guard the nest one by one; while one looks for food, the other stays in the nest. Then they change their role. Then they change their role. Soon it won’t be alone … But I’ll talk about that later.

“The stork is voiceless because there is really nothing to say.”Will Cuppy