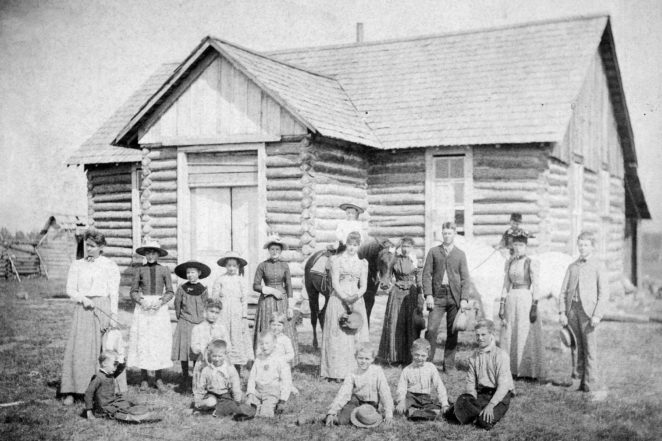 To many people, formal schooling is very important. In Montana, kids went back to school last Monday and they are told repeatedly that school is necessary and that they should study hard and get good grades.

That got me to thinking, though. Many people don’t feel that school is all that important and many had poor school experiences. My own grandfather only went to school up until 8th grade, then dropped out to help take care of and provide for his family. Yet the man was quite intelligent and was somewhat of an inventor. He made do with what he had, so if he had a need, he would often simply build what he needed. Additional schooling might have made his life a little easier, but I doubt that he would have done things differently than how he did them during his lifetime.

A lot is also said about the quality of our schools today as compared to several decades ago. That is a little unfair since they can’t really be compared, for a number of reasons.

I went to school for my first six grades at Crater Lake. It was an honest to God one-room school; a conference room in the park administration building. There were initially about a dozen kids in school and all six grades went to the same room. When older kids got done with their assignments, they helped the younger kids. That not only drew everyone closer together, it also helped everyone learn more.

Later, a recreation hall was built and school shifted to that location, but it was still all six grades in one room.

In 7th and 8th grades, I was bussed 42 miles to the nearest Jr. High School in Chiloquin, Oregon. It was intimidating at first. The school had over 250 students, grades 7-9, and there were multiple rooms. I was used to a maximum of about 25 kids, all of whom I knew and all learning in a single room. It was quite a step up. It took time to get used to and there was much less individual attention.

An enormous change took place early in 8th grade when I moved to Salem, Oregon, for a year. Instead of the ‘big’ school of 250 kids in 7-9 grade, I found myself in a school with 1,500 kids in 8th and 9th grade. There was nothing wrong with the schooling, but there was a lack of relationships. Instead of interacting with virtually everyone, I found myself talking to and being friends with perhaps two dozen.

In 9th grade, I was back at a smaller school again; maybe 300-400 kids in a school for 9th graders (it is now a 4-year high school). For 10-12 grade, I went to a slightly larger school; Klamath Union. There was a lot more interaction in these two schools than in Salem, but much less than at either Crater Lake or Chiloquin. The quality of teaching was roughly the same, but it was easier to learn in the smaller schools because of that interaction.

I was routinely on the grand honor roll in the school in Salem, but in large part, that was because I was living with my uncle, who was a high school science teacher at a different school. A man of tremendous patience, he helped and guided me.

When I went to college at Oregon Institute of Technology, I was in my 30’s and the fact that there were around 4,000 students didn’t bother me. I was helping other students that were much younger and the whole platform of learning was different. I actually found college more relaxed than high school had been.

There was a lot of transitions in my schooling, but I’m thankful that it happened as it did. From what I’ve seen, the difference between small and large schools still exists and though the schools should probably focus more on topics like history and science, the biggest difference is interaction.