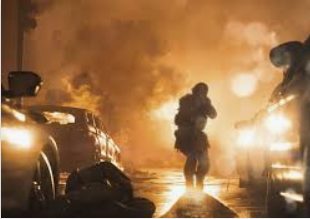 Lucifer’s beauty, wisdom and might – all the good things created in him by God– led him to pride.  His pride led to his rebellion and fall, but he never lost (and thus still retains) any of his power and traits.  He is leading a cosmic revolt against his Creator to see who will be God.  His strategy was to enlist mankind to join him – by tempting them to succumb to the same choice that he made – to love themselves, become autonomous from God, and defy Him.  The heart of the test of Adam’s, (Man’s will) was the same as Lucifer’s; it was just arrayed with a different garb.  They both chose to be ‘god’ to themselves.  This was (and is) the ultimate ‘god delusion’. ~ (Ezekiel 28:13-17)

It’s like implying that God made one fatally flawed group of human beings. We all know who they are, and if you don’t, you have been living under a massive rock. They are the ones whom all others have to constantly wet-nurse, and in any theater of life, paying HOMAGE to. For example, they are the same ones, the entire globe of nations call, disadvantaged! It’s like saying, God made a huge and unfair mistake in their creation and so this self-appointed group, the ones God had “privileged”, (made less-flawed) has had to apologize for God’s hind-sight, of whom a vast majority spend their lives in self persecution, trying to rectify His mistake.

Humans are the only species arrogant enough to want to change what God created and about which He had reportedly said: “It is good.” The cow does not argue about why it should be eaten by humans or the gazelle, why it should be eaten by the lion. Why is the horse not rectifying the fact of its flawed creation, why it was given a free spirit that then needs to be BROKEN before the same arrogant sods can ride it.

I am against all forms of cruelty thrust upon by one species over another, because ALL life matters, take care, not to vaunt yourself above God, for according to Ezekiel 28-13-17 your rewards will be the same as Lucifer’s. The road ahead is severely marred, watch this video…