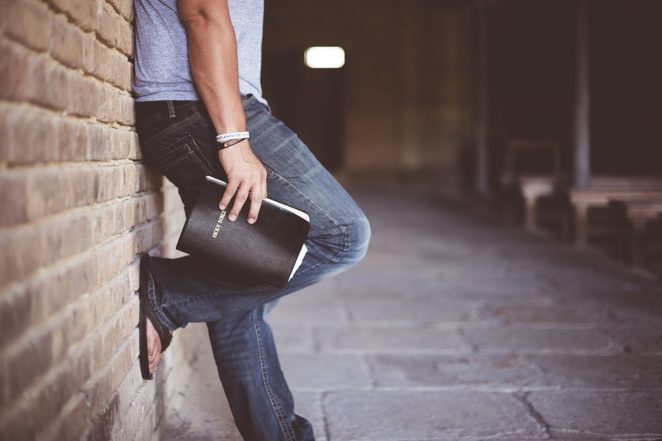 Many people have looked at the world around them; today’s world, and have noted the many problems and moral decay that seems to be getting progressively worse. It is easy to see by simply turning on the news. However, far too many don’t realize that it was all prophesied almost 2,000 years ago. Many don’t even realize what those prophecies actually mean.

The prophecy being referred to is found in Paul’s second letter to Timothy, in the Bible, written in about 90-140 AD. As 2 Timothy 3:1-5 reads:

But mark this: There will be terrible times in the last days. 2 People will be lovers of themselves, lovers of money, boastful, proud, abusive, disobedient to their parents, ungrateful, unholy, 3 without love, unforgiving, slanderous, without self-control, brutal, not lovers of the good, 4 treacherous, rash, conceited, lovers of pleasure rather than lovers of God— 5 having a form of godliness but denying its power. Have nothing to do with such people.

Most people can recognize that this describes what we see today. Some people point out that these conditions have existed for a long time and even suggest that Paul was writing about his own time. However, it has never been this obvious, to the degree that it is today.

All of these things form the basis of most of what is going ‘wrong’ in the world today. Here is the real shocker, though. It is something many ‘luke-warm’ Christians fail to even understand. Paul wasn’t talking about people in general. Again, people have been doing all of these things for hundreds or even thousands of years. There were people who acted that way long before Jesus was born.

However, Paul was specifically referring to Christians in these passages. Indeed, all of this can be seen in the people of many congregations in churches throughout the world. This is given additional strength from verse 5: “having a form of godliness but denying its power. Have nothing to do with such people.”

What does this passage mean? For a full understanding of the passage, the entire bible needs to be read and reread. However, many churches have all the trappings and do preach messages from the bible (a form of godliness), but they are more concerned with filling the seats than actually teaching what the bible says; the good and the bad, the easy and the hard.

Many focus on the good and the easy parts of the bible, ignoring or turning a blind eye to the rest. Anything that goes against God’s will is a sin and there are no degrees of sinning. Some churches don’t want to preach that part because fewer people might fill the seats. Instead, they only preach what they think that people want to hear.

Some churches might even try to say that people can’t help but sin since we are all imperfect humans. This is the ‘denying its power’ part. Jesus died in order to absolve the hold of sin. Until His death, sin was the master. After his death, it didn’t need to be unless a person chose to continue serving sin. That is power. It is power over sin and unrighteousness.

By not teaching this and dismissing acts that are against the will of God, as stated in the bible, those churches are sinning while denying the power.

That last part, “Have nothing to do with such people”, shows that Paul was talking about Christians. Jesus preached primarily to the wicked. The great commission indicates that Christians should, too. “Such people” can’t be non-Christian wicked people because that is exactly who we are supposed to be reaching. It is a reference to Christians who have the power to deny transgressions but who ignore that power.