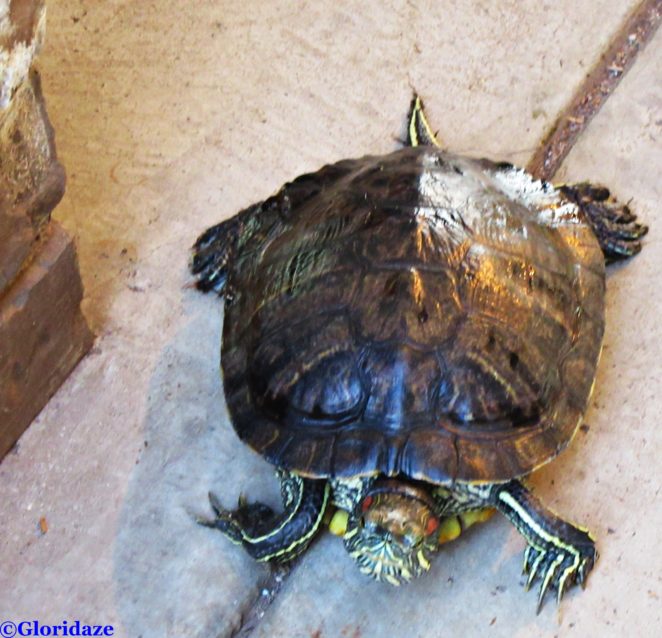 This turtle had enough of its enclosure at the conservatory in our local botanical gardens and wandered out into the common area. This photo was taken as it was meandering along the pedestrian corridor. We had to be careful not to step on it but it was nice to see it up close and personal. Turtles have been around for over 200 million years but many species of turtles are now endangered. The leatherback sea turtle is the largest weighing over 900 kg (2000 lb.)