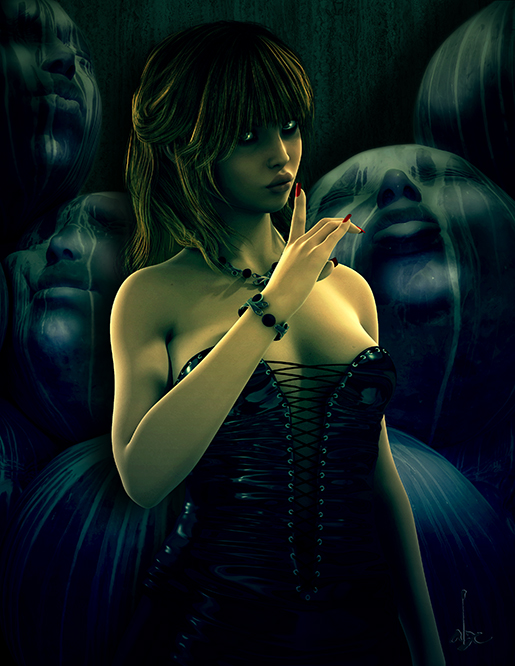 The giant heads are the astral soul traps described in Dee’s translation of the Necronomicon; think of them as psychic honeypots… if you’ve read Lovecraft’s The Terrible Old Man then you’ll already be familiar with the concept, as he was using the budget version of these guys

This woman is using the original recipe which she got from the man himself, as she was John Dee’s mistress. Which will lead some of you to ask “wouldn’t that make this an Elizabethan Secret?” No, because he didn’t meet her until the Victorian era. If you haven’t guessed yet, the secret involves the prolonging of life