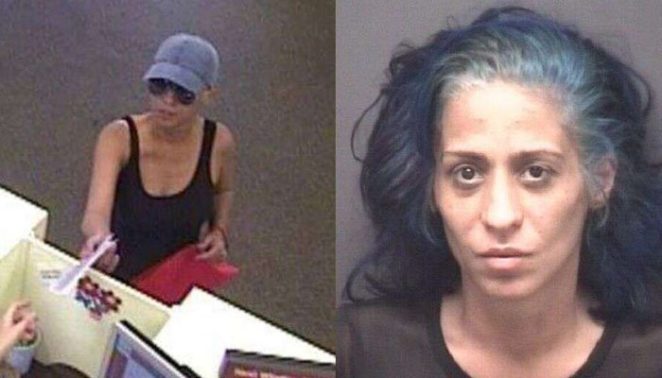 The woman was seen holding a ‘pink’ pink bag in two of her robbery, which is why FBI officials in North Carolina named her the “The Pink Lady”.

The FBI says that in all of its robbery, the pink lady showed a paper to banker asking for money. According to FBI officials, the woman’s partner was also identified as 38-year-old Alex Morales.