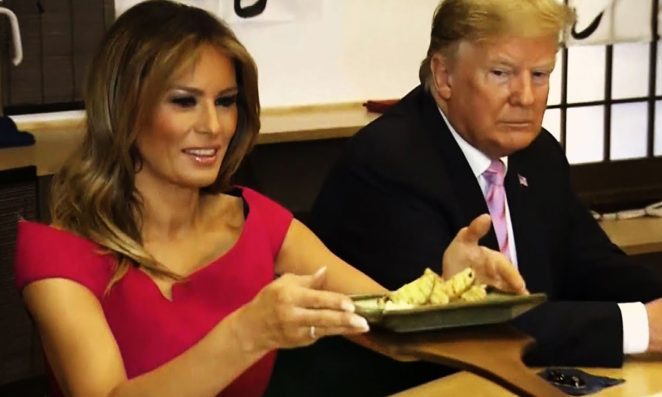 Donald Trump, who is visited India for the first time is facing difficulties in offering food from his staff. In start of the visit, US officials with Donald Trump expressed that the president would face food problems in India now, they are seen as upset over the sudden change in Trump’s diet.

An American official told CNN in an interview that “Trump often eats salads with food, but apart from that we have never seen him eat vegetables. I do not know what they will do in this situation because there is no cheese burger offered. ‘

President Donald Trump’s daily diet includes meat-based foods, burgers and meat loafs, but his diet is likely to change significantly in India over a three-day visit. The Indian Prime Minister is also a pure vegetarian, and he also plans to serve Donald Trump with vegetable burgers, desi loaves, cabbage samosa and coconut water. Point to be noted, President Trump will be at the dinner table with Narendra Modi in India several times.

US officials said,  Donald Trump has visited whichever countries he visited, there, special attention is taken to their food. If beef is not available in that country then sheep or other animal meat is offered. McDonald’s is Trump favorite fast food company but the problem is that they also do not serve beef burgers in India.