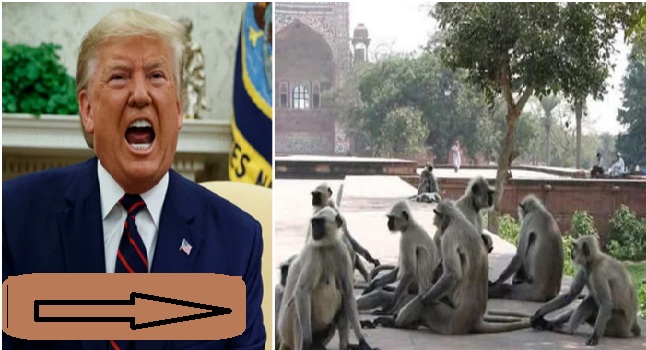 The case is that monkeys have taken over duty at the Taj Mahal even before Trump came to India. Almost Five to seven hundred monkeys turned to the Taj Mahal.

The security chief of the Taj Mahal says that monkeys flee in fear of slingshots. Now it remains to be seen if so many arrangements will save Trump from monkeys or not.