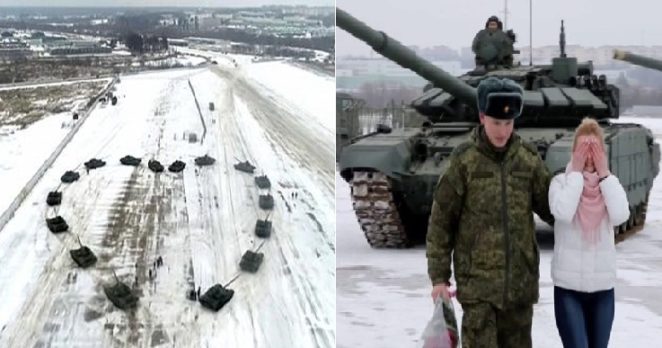 There are many people around the world who offer marriage in a unique way, expressing love to their beloved. but a Russian army lieutenant took such a unique way of offering his girlfriend a wedding on February 14 that the world was stunned.

Russian soldier Dennis Khazanov plans to offer his friend a wedding on Valentine’s Day February 14, 2020/ So the whole regiment was ready to support him and two companies of 16 tanks made a heart-shaped and gave the girl a surprise.

When the regiment made a heart with the help of tanks, Lieutenant Dennis Khazanchi put his hand on his girlfriend eyes and brought her to the the tanks and gave a bouquet and expressed love. The girl cheered for the wedding when she saw the heart of the tanks at the military base near Moscow.