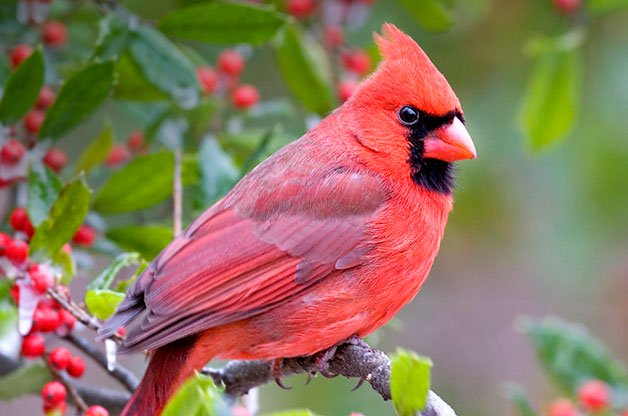 Found a nest of any cardinals in my yard today. My day was made to see this miracle of nature.

My Dad always called them “Red Birds”. We often talked about the cardinals. He loved them dearly.

I cannot help but think of him as I see these three babies in the yard. I think he might be looking down.

Many interesting facts to share about this beautiful bird……

The following are the dates when the bird became the official bird of each US state:

Cardinals are so territorial that they have often been seen fighting their own reflection, say in a car’s shiny bumper or a very clean window. They can fight for hours, too.

Several sports organizations have chosen the cardinal as their mascot.

The red bird in the game Angry Birds is a cardinal.

This means that thirty percent of songbirds have only one singer, the male.

Yellow cardinals have a genetic mutation, which is why they are so rare.