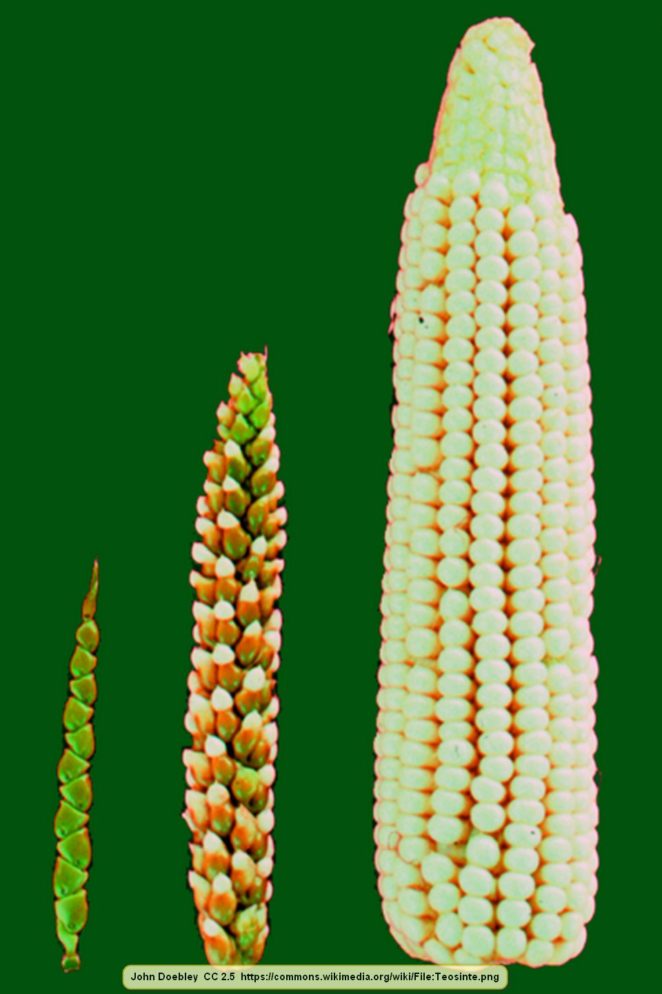 Maize is properly a species of grass called Zea mays parviglumis. This is a very specific subspecies. This is shown in the picture as the plant on the left. Although maize was edible and is still grown in parts of Mexico where it originated, the individual grains were small and there weren’t many of them on each stalk. Currently, maize is primarily used to make flour. This is appropriate since the grains are roughly the size of wheat seeds.

Through centuries of selective breeding, something was gradually developed that looked more like corn. This is the plant in the center of the image. The kernels were a little larger and there were more of them per fruiting body, which began to take the form of ears of corn. The ears were also a little larger.

Centuries of additional breeding and modern corn was finally produced (the ear on the right in the picture). These have since been developed into the six kinds of corn. The point is that while corn was developed from maize, the plants and the seeds are substantially different. As can be seen in the image, maize doesn’t bear much resemblance to corn, though they are closely related.

This is important because many people still think that maize and corn are the same things. They aren’t. The former was the ancestor of the latter. It really was a long journey from maize to corn that spanned many centuries.