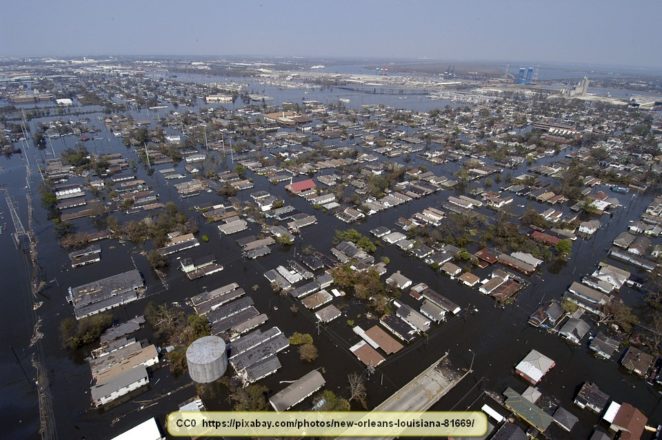 Almost every time there is a natural disaster somewhere, especially if it is severe, I hear people say or see them comment about how they would never live in that location because of the risk of disasters. I usually shake my head sadly. The truth is that there is virtually nowhere in the world that isn’t prone to some sort of severe natural disaster.

Millions of people live within the blast radius of Mount Vesuvius and Mount Etna. Some people might think, “I’d never live on the flanks of an active volcano.”

A huge number of people live on the flood-plain of the Mississippi, which has a major flood every few years. It is called a “flood-plain” for a reason and people lose their homes and sometimes their lives when the Mississippi floods. All rivers have the potential of flooding and the larger the river, the greater the chance of a major flood. Some people might think, “I’d never live on a flood-plain that floods out so often.”

Millions of people live in coastal areas that are frequently subjected to typhoons and hurricanes that cause billions of dollars in damage and a large loss of life. Some people might think, “I’d never live somewhere that got hurricanes.”

A large number of people live in ‘Tornado Alley’, a section of the US that is known for the formation of destructive tornadoes. Some people might think, “I’d never live in a place that frequently gets tornadoes.”

Millions of more people live in areas that regularly get large, violent earthquakes that often destroy anything standing. Some people think, “I’d never live in a place that gets so many big earthquakes.”

The list goes on; blizzards, extreme cold, extreme heat, devastating forest fires, droughts, and so on. It isn’t a matter of if natural disasters will happen in a given location. It is a matter of when they will happen and what sort of disaster it will be.

No matter where you live, there is a potential for a natural disaster and a likelihood of one happening. I’m far from being safe here in Montana. Not only am I within the blast radius of the Yellowstone super-volcano, but I’m also in a heavily forested state that is prone to severe forest fires. For that matter, extreme cold and blizzards aren’t unheard of here. We occasionally get earthquakes, too.

It seems pointless to say, “I’d never live there because _____ [fill in the name of a natural disaster] might happen.”

Instead, it would be more prudent to prepare in advance of natural disasters happening. That includes having an evacuation or survival kit set up and an escape route planned. It is also helpful to let loved ones know where you plan on going.

The truth is that anywhere you live, there is the potential for a catastrophic natural disaster. We can’t control nature. The best we can do is to be as prepared as possible for when those disasters occur.