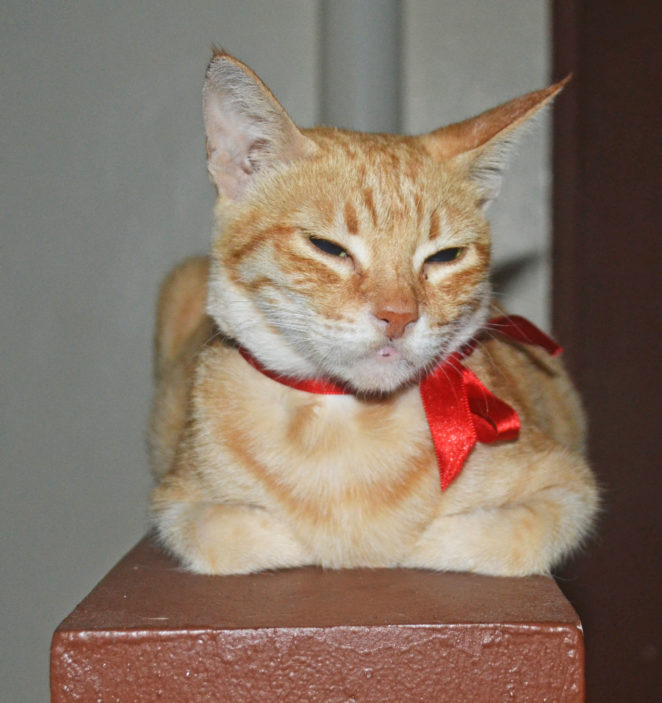 Hello, everyone. I haven’t been active on Virily for over a month because our internet connection had been acting up, but on top of that, I was trying to cope with the trauma of having to deal with my cat’s death. Some of you may have seen my previous blog posts about Tiny, our ginger cat. She was the oldest among our cats; we had her back in 2009 and she was so mischievous as a kitten; I’ve had way too many scars on my hands and arms because of her, and though she grew to become one of the sweetest cats I know, she was still mischievous at times. She was the de facto leader of our cats; she was the queen and no one would dare cross her, something that we all found very amusing. She has her soft side though, as she would randomly lie on us and purr until she falls asleep. She’s been through rough cases a lot of times; she has been attacked by the neighborhood dog twice, had her leg broken while fighting other cats, among other things, but she had always stayed strong, and we made sure that nothing bad is ever going to happen to her. Or at least we thought we did.

Last February, she got hit my dad’s car through a freak accident. It was so traumatizing because I saw the whole thing happen and it was more traumatizing that I wasn’t able to do anything about it because by then I knew that she won’t survive it, and she didn’t. I spent the whole day crying and not eating and to be honest, I’m still depressed up to this point about what happened. March was a tougher time because I had to deal with the fact that she’s not really alive anymore and it was by that month that I allowed myself to truly accept it. After the day she died, I kinda shut myself off from everything; I didn’t allow myself to cry over her anymore not because I don’t miss her, in fact I miss her everyday but witnessing how she died was too heavy for me and I didn’t want to think about it anymore and so I did everything to distract myself. I’m still coping up to this point and I know that it won’t be easy but I’ve also accepted in me that she’s gone and all I have to do is to remember her and how she had been a great part of our lives.

I’m sorry that this is such a heavy topic but I just want to share about it because I want everyone to know how great of a cat she had been to us, and also to explain why I wasn’t able to post regularly here on Virily the way I used to.