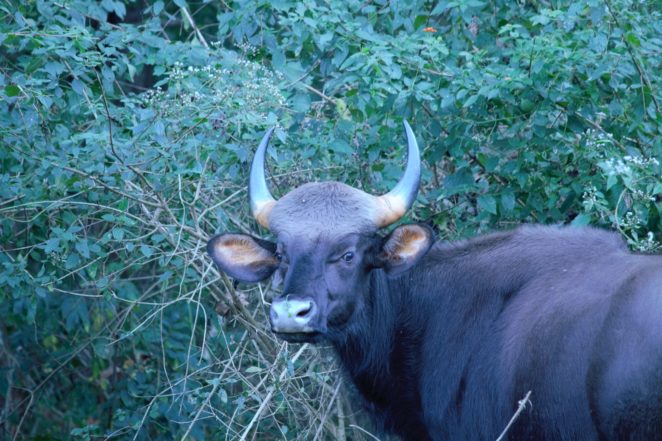 This is my first picture for the alphabet challenge. This is an Asian bison, lacking the hairiness of its  European cousins. I was pretty excited to see him as he suddenly appeared out of the bushes as we were driving past a forest stretch.  He looks as surprised as I was.

I could only get a couple of shots before he hid himself in the dense bushes. Watching these animals in their natural environment gives you a real respect for these creature with whom we share our planet.