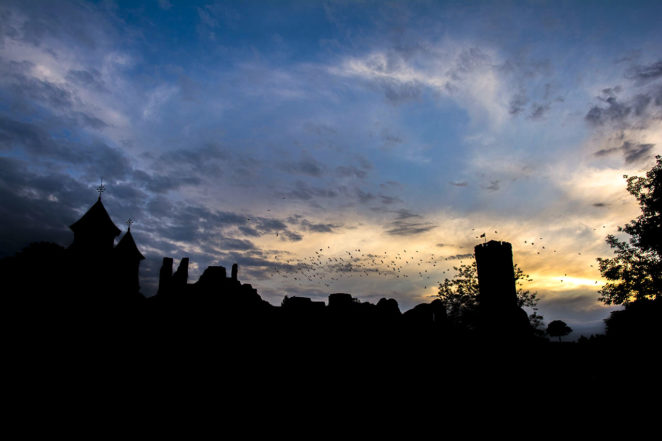 The impressive silhouettes of the ruins of the former Royal Palace are profiled on the beautiful colored  sky in the colors of the sunset.

The auditorium complex was built between 15 – 17th century and represented the place where the regnants who lived here ruled the Romanian Country.

When the evening shadows fall over the park, I have more than ever the feeling of going back in the past. I have the feeling that I walk on the footsteps of the former rulers.

I often think that life was  much simpler and more beautiful at that time.  I think I would have liked to live those times!