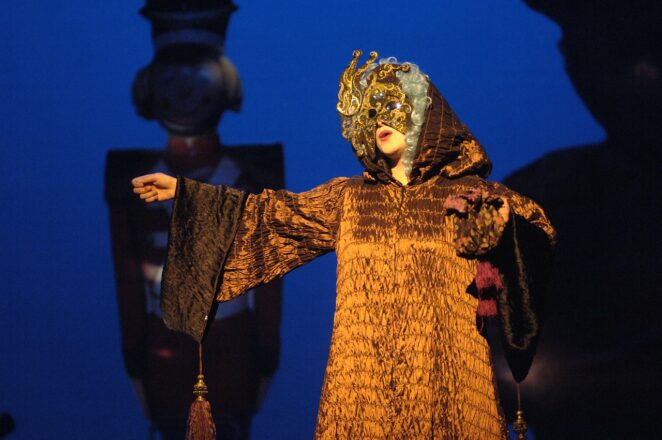 The Rhythm 0 experiment in (1974) was a six-hour work of performance art by Yugoslav artist Marina Abramović in a Studio in Morra, Naples.

The work involved Abramovic,  standing still while they invited the audiencence to do to her whatever they wished, using one of 72 objects she had placed on a table. These included a rose, feather, perfume, honey, bread, grapes, wine, scissors, a scalpel, nails, a metal bar, and a gun loaded with one bullet.

Only one stage was used. Abramović and the visitors stood in the same space, making it clear that the latter was part of the work. The purpose of the piece, she said, was to find out how far the public would go: “What the public was about and what were they going to do in this kind of situation?”

They placed her instructions on the table:

* There are 72 objects on the table that one can use on me as desired.

* I take full responsibility for everything in this period.

As Abramović described it later: “What I learned was that … if you leave it up to the audience, they can kill you … I felt really violated: they cut up my clothes, stuck rose thorns in my stomach, one person aimed the gun at my head, and another took it away. It created an aggressive atmosphere. After exactly 6 hours, as planned, I stood up and started walking toward the audience. Everyone ran away, to escape an actual confrontation.” The gallery had announced the work was over and Abramović began to move again, she said the audience left, unable to face her as a person.

This brave, curious, and fearless woman put herself in front of an audience for 6 hours straight without reacting, being a puppet for the audience with small harmless gestures. Someone handed her a rose, someone placed a kiss on her full mouth, some moved her in different poses. As time passed, their harmless acts started turning violent. They cut her clothes, stuck rose thorns into her stomach. Someone cut her throat, (slightly) with the scalpel and sucked her blood! They put a plaster on her wounds. There was a gun with a bullet which at one time was pointed to her head and the person was working her fingers on the trigger!

As the cruelty increased, there was a group of audience that then had their conscience awakened. Another member of the audience yanked away, the gun, and threw it out the window.

After enduring an entire 6 hours of this torture, as she promised she would when the gallerist came and announced that the performance was over, she then reclaimed herself and started walking towards the audience as planned. To which the audience responded by running out of the theater.